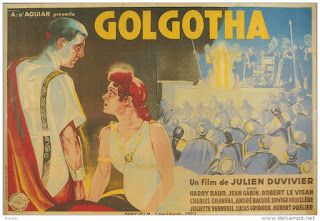 Whatever else I might write about this film, the copy I watched has the distinction of having absolutely the worst subtitles I have ever experienced. Nary a single line is comprehensible and the translation from French to English is neither grammatically correct nor idiomatically sound. That said the plotline is so well known and the script relatively simple, that this problem does not I think interfere with a critical review.

Most cinephiles are familiar with the writings, as they apply to film of Joseph Campbell in his well-recognised work "The Hero with a Thousand Faces". His theories have been commented on by numerous script gurus in particular by Christopher Vogler ("The Writer's Journey: Mythic Structure for Writers"). Apparently a reader of scripts at the Disney studios, approximately 25 years ago, chanced upon the book by Campbell and was immediately convinced that his thesis was a formula which would guarantee success in a film script, patterned on the "hero's journey". It is thus no accident that many modern films are deliberately constructed in terms of the thesis by Campbell who saw all the world's great stories as examples of one single myth.

I will set out the major steps in this theory (there are 12) and use instances from the biblical narrative (one of the many "mythic stories" studied by Campbell) of the life of Jesus, as they exemplify Campbell's theory. Firstly the "ordinary world" – Jesus spent his life until about the age of 30 as a carpenter. Secondly he receives the "call to adventure" – he starts upon his three-year public ministry. Thirdly, initially reluctant to fulfil the "call", the protagonist is encouraged by a mentor – Jesus meets John the Baptist. The protagonist crosses into a new and special world (step five) – the ministry throughout Galilee, with allies and enemies (step six) – the Apostles and the enemies within the Jewish establishment, approaching the "inmost cave" – the arrival in Jerusalem on Palm Sunday and enduring an ordeal, entitling the protagonist to claim his reward (steps seven, eight and nine). Trying to return to the normal world (step 10), the protagonist is resurrected – no further comment is made because the parallel is complete and finally does return with a treasure to benefit the ordinary world – the gift of salvation from the resurrected Christ. 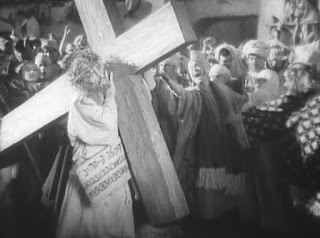 This is further amplified by the film's three act structure which traces back at least as far as Aristotle. It is very relevant because the first three Gospel narratives (the Synoptics) are written by authors clearly conversant with Greek culture and indeed  who wrote in Greek. Anyone familiar with Greek culture would have realised that each Gospel narrative is essentially a biography. The Greeks believed that biography, a subset of history, was ultimately concerned with moral uplift and they did not hesitate to significantly rearrange historic events to suit dramatic purpose. So, in the Synoptic Gospels, Jesus only goes to Jerusalem once: for his crucifixion. The drama of the narrative consists in this inexorable series of steps leading to the capital city. In the last Gospel by John, Jesus is described as going back and forth from Jerusalem numbers of times.

I mention all the above not in any way to proselytise any particular religious conviction but rather to show that M. Duvivier, whom I think by the time of making this film had ceased to be a regular Catholic, was intimately familiar with the biblical narrative and also familiar with it as a work of drama/literature. The shortest Gospel is the first by Mark. It is only about 14 quite short chapters in which only the first two concern Jesus, prior to his public ministry. All the rest are concerned with his response to his challenge, and ordeal that takes place onwards from Palm Sunday. The director follows exactly the same path. The film starts with the triumphant entry into Jerusalem on Palm Sunday. It finishes shortly after the crucifixion and resurrection with the Apostles meeting the resurrected Christ on the road to Emmaus.

Theologically both Protestant and Catholic traditions emphasise the inevitability of the death of Jesus and as a matter of record, no one could be in any doubt about what the end is going to be. It is thus a very considerable achievement to be able to introduce and maintain drama in the narrative. The plot veers between "Will it happen or won't it?" in terms of the various subsets of players: the religious priests of the Sanhedrin; the court party around Herod (a small but very well edged performance by Harry Baur), the understandable uncertainty of the occupying power (Jean Gabin as the Roman governor Pilate) and the followers of Jesus (Peter the good and Judas the bad). 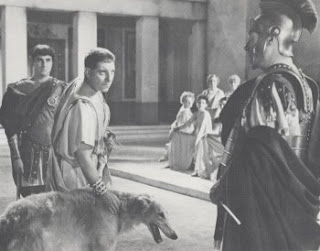 There is one lingering problem in terms of the "Campbell thesis" as it applies to the biblical narrative and thus the film. The dramatic narrative should focus on Jesus as the central actor whereas it is Pilate (thought of as a representative of humanity) who is the most dramatically interesting of all the protagonists. He is uncertain as to what to do, and his unwillingness to do his best, necessarily draws our attention because we are all, as humans, subject to inherent weaknesses. What is particularly interesting in this is that the director does not focus on Jesus, but does focus, especially on Pilate. Jean Gabin gives a characteristically subtle performance as a weak and deeply flawed human being. Jesus (Robert Le Vigan) remains dramatically at least, quite passive. Theologically of course it is quite different. The director makes quite clear that he will focus on dramatic, not theological, necessity. I think by the time he made this film he had ceased to be at least a regular Catholic and perhaps this made his decision so to do, that much easier. On the other hand, he was a true professional and always sought to maximise drama.


This is a very large scale production. Hundreds perhaps more extras constitute the crowd following Jesus in his entry into the city, mobbing him in the city in the following days, constituting the inhabitants of the city and there are significant numbers of Roman soldiers,. It all looks quite realistic. The very large and purpose-built sets, especially of the Temple, designed to look like a protean mixture of art deco and fascist chic, are quite superb. I would not have been the slightest surprised to see some of Leni Riefenstahl searchlights beaming upwards from the Temple!

There is one distinctive long take, exceeding 30 seconds, of Jesus inside the cloisters of the Temple driving out the money changers. It is the culmination of some prior shots indicating confusion as to who and where Jesus actually is. This mystery and general passivity, breached every so often by scenes such as this in which Jesus takes charge, is really very threatening. It seems to enhance the mystery of Jesus. In fact some of the devices used seem to reflect directly current understandings of Christian and particularly Catholic worship. The film starts in complete blackness with a voice-over indicating the actors and their roles. In Catholic tradition, the first mass of Easter, similarly starts in blackness. The film ends also in blackness with music of the baroque, a requiem mass by Mark Antony Charpentier (referred to inaccurately in the credits as "Carpentier"). This French composer' s work would have been extremely well-known at the time and frequently played and sung at Easter masses.

There are quite overt comparisons of the Roman occupiers with fascists and in particular Germans. On one occasion Pilate salutes the crowd as he leaves his rostrum, with his right hand (as did the Nazis) rather than the left as did the Romans. The brutality of the soldiers enforcing the execution is not masked in the slightest. Incidentally the on location scenes of the crucifixion are extremely well constructed with a most dramatic intensification of light and particularly shadow.

This is not a particularly highly regarded film. Of course it is difficult now to comment on something to do with religion – any religion without some sense of self-consciousness. Yet conscious presumably of the need to have patrons see it, and reflecting that they would probably be "believers", M. Duvivier makes a dramatic and forceful rendering with very little compromise to received belief. I think it is a very real achievement.
Posted by Film Alert 101 at 12:35