I watched fewer films than usual this week, but I still found space for variety. In this week’s diary, I’ll cover a silent classic from the 1001 Movies list, a Best Picture winner, a recent film intended for teenagers only and a child-mandated rewatch of an animated film. 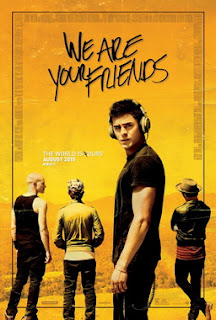 After missing it during its short theatrical run, I used a Vudu rental to catch up with We Are Your Friends (Max Joseph, USA, 2015), which stars Zac Efron as an aspiring DJ. Efron spends his days hanging out with his deadbeat drug-dealing friends and working a job he hates, but at night he plays music for dancing drunks at neon-lit clubs. His ultimate dream is to do exactly the same thing, but in front of more people. He meets a famous DJ who decides to help him, and immediately falls in love with the man’s girlfriend, because that’s how this story always goes.
The few moments of interest here involve pseudo-scientific explanation of a DJ’s work, as he uses the BPM of his music to raise the heartrate of those in the room to keep them dancing. Some early sequences are visually interesting, especially one scene at an art gallery where the paint drips down the walls, turning those it touches into cartoons. While I liked the aesthetic touch, this moment demonstrates the film’s cavalier attitude towards drug use. Drugs and music go hand in hand here, and while one character does suffer consequences from this, most of the protagonist’s happiest moments are caused by taking random pills. Multiple people died of drug overdoses at music festivals in Australia this week, and the timing made the film feel pretty irresponsible. 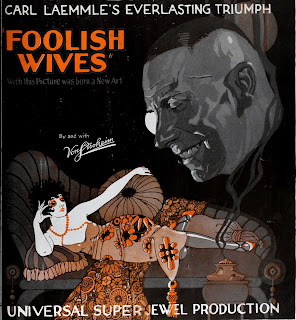 Today’s film could not have been more different from yesterday’s, as I returned to silent film with Erich von Stroheim’s Foolish Wives (Erich Von Stroheim, USA, 1922). The director himself, complete with his customary monocle, stars as the antagonist: a con artist living in Monaco who is posing as a Russian noble. Armed with nothing but his charm and the appearance of importance, he ingratiates himself with a number of women with an eye towards scamming them out of whatever money he can. The film is kinder to his victims than the incendiary title might suggest.
This is a strong film with an engaging plot, and it held my interest throughout. Von Stroheim’s film was promoted on the size of its budget, as the first film to cost over a million dollars, and the intricate set design this money paid for really stands out from other films of the time. The film’s best and most impressive sequence is a powerful storm which traps the conman and one of his targets in a swamp. The scene feels exciting and dangerous even today, almost one hundred years later. The film was initially intended to run for around eight hours, but by the time the studio was done cutting, it was closer to two. The version available on Youtube these days has been partially restored, and runs for around 140 minutes. 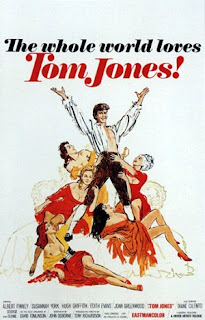 Without having seen any of the other four nominees, it’s impossible to know whether or not Tom Jones (Tony Richardson, UK, 1963) was a worthy Best Picture winner. Viewed on its own today, it stands up as a rather enjoyable film which moves along at a blinding pace thanks to the frantic editing and camerawork. Albert Finney is very good as the titular character, a charming young scamp adopted into wealth who pines for his true love Sophie (Susannah York) without letting her get in the way of his rampant womanizing. It should have been almost impossible to play that role in a believable or sympathetic way, but Finney was up to the task.
It’s a very witty film, but the real treat lies in the visual style. The world of this film is full of sneering grotesques, and the camera gets close to show them in the ugliest light possible. This caricatured style appears to greatest effect during a breathtaking deer hunt, which manages to excite and disgust equally. In the final act, the film gets a little too caught up in its own comically complicated plot, which is a shame after the freewheeling fun of the opening hour.
As with many of these films, I came to Tom Jones while working my way through a list of films. The only four Best Picture winners I have left to see are Mrs. Miniver, The Great Ziegfeld, Mutiny on the Bounty and Dances With Wolves, all of which I’ll be watching shortly. I read a couple of forum posts online this week suggesting that Tom Jones is the worst film to ever win the award, written by people who can’t possibly have seen Gigi. 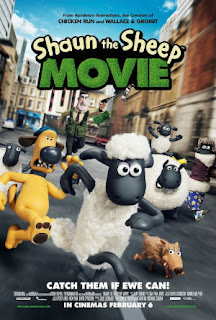 Sunday
The only other film I watched in the last seven days was the awkwardly-titled Shaun the Sheep Movie, which I had already seen when it opened in cinemas a few months ago. You watch all sorts of weird things when you have a nine-year-old nephew. Truth be told, I slept through some of it this time. It’s a well-animated movie with a lot of clever visual gags, of interest mostly because it contains no dialogue at all. You’ll probably enjoy the film if your kids make you rent the DVD, but there’s not much else worth saying about it.

Shaun Heenan is a young and serious cinephile currently living in South West Rocks.
Posted by Film Alert 101 at 19:45