In the Mood for Love - A review of the new BFI Film Classics monograph. 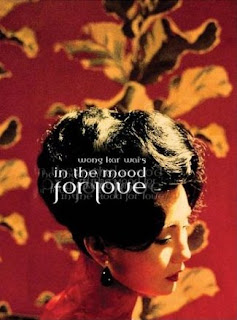 In general we know little and care less about how particular films are made. Not true in all cases of course. Orson Welles career has provided us with acres of speculation, innuendo and some solid information about how he got do what he did across Europe and in Hollywood. We know a lot about Rita Hayworth from what she did for the great man for The Lady from Shanghai but dare I say next to nothing about what happened when she and Charles Vidor made the estimable Cover Girl and Gilda.

One of those directors who does provoke an endless fascination with his working methods is the Hong Kong based Wong Kar Wai. In his BFI Film Classics monograph on Wong’s In the Mood for Love (Hong Kong, 2000) Tony Rayns refers early on to Wong’s ‘aleatory methods, his habit of allowing his habit of allowing his films to determine their own tone, shape and direction while they are being made.’  It’s a film that stands up to endless scrutiny about how it was made as much as what it means and how that meaning is created.

The inter-connectedness of Wong’s filmography is  filled with parallels, elisions, false starts and dead ends. As Wong’s subtitler for much of this career Rayns has had a close-up knowledge of Wong’s working methods over a substantial part of his career. Wong has a quite unique capacity to keep ever re-writing, re-shooting and re-editing, sometimes over the course of years and occasionally in almost manic defiance of key festival deadlines. Rayns says that Wong told him of his “urgent need to ‘change’, but rationalised it as a need to stay one step ahead of the world’s many Wong Kar Wai imitators.”!

(It may never happen but one book we should all look forward to is the tome mentioned in Rayns acknowledgements of what he calls the sometimes hair-raising tales of his own experiences with Wong’s Jet Tone company.)

Part of the way that Rayns goes about his task is to take over thirty pages to set down each sequence and occasionally each shot in a scene breakdown of extreme detail. When you start reading it you may become frustrated at the minutiae involved but when I then went straight to a viewing of the film on a French-issue double disc “Edition Limitee”, I was surprised at how frequently I paused the disc to check on the information about the scene Rayns has provided. This detail of course unearths layers of meaning that I had simply been unaware of when, the only viewings I’ve undertaken, I watched the film twice back in 2000 (once with Italian subtitles!). In those circumstances, the memories had reduced themselves to vague images of the couple alone in the street, Nat King Cole on the soundtrack and a trace element about unfulfilled passion. Now of course, I’m not even sure about that passion but the book provides much information on that point.

This is quite superb analysis. It makes you instantly want to see not only In the Mood for Love but the director’s early Days of Being Wild  and the later 2046 especially. Just trying to discover the continuities and discontinuities will be rewarding in itself. Much of it as Rayns notes, will be speculation. Wong leaves his films loose. As Rayns sums up: “The film’s evasions, elisions, exclusions, disjunctions andenigmas – even its momentary fixations on decor- are al about the imperfect retrieval of a memory, while its evocative and insistent music is all about smiling or sobbing through the parts that time has heightened or discoloured or erased. The tenor of the ending is clear: time to move on.

Rayns moves on to a final chapter of ‘miscellany’, notes on a variety of things ranging from gossip about a ping pong match of female casting between Wong and Zhang Yimou, casting other parts and the making of some of the multiplicity of side works that accompany the film, some of which can be found on various home video editions of the film. All useful and all contributing to this very rich and robust appreciation of a major film-maker who back in 2000 may have reached his peak with In the Mood for Love.

In the Mood for Love (Huayang Nianhua) by Tony Rayns. BFI Film Classics. A BFI book published by Palgrave, London, 2015
Posted by Film Alert 101 at 02:55