It’s a curious time folks. Why only a day or so ago one bikie gang member at a service station in Picton, near Sydney, shot dead another in broad daylight and was apparently so remorseful that he shot himself dead a short time later. Bear such things in mind when the contributors to the Film Alert 101 blog compile their moments in what I am calling the annual roundup devoted to Defending Cinephilia. It’s intended to be broadly defined, a subject designed to allow contributors to peer into the recesses of film watching when and wherever it may occur. Here’s my start. More to come hopefully but of course you cant make these things compulsory for those who do this for the sheer joy of it.

Ghettoizing the Indian cinema
The best film from Asia that I watched in 2015 was Talvar (Megna Gulzar, India, 2015 ) a police procedural incorporating Rashomon principles to unpick a story from real events involving a double murder,  a clear false imprisonment and a culprit going free. It stars the great Indian actor Irrfan Khan, a go to fixture whenever film-makers inside and outside India want o cast an actor who conveys quiet mature gravitas. Gripping stuff and told with an economy unusual for Hindi cinema (of which I see very little). It brings you back with a jolt to know that tens of thousands of the citizenry see such Hindi films, so much so that for the last two years and probably into the foreseeable future an Indian film is always the highest grossing foreign language movie released in Australia. The remorselessness of the ‘mainstream media’ however has an ironclad rule that movies are reviewed when they open and if not then not ever.  The reviewers do not hunt down movies at Chatswood or Burwood. So the citizenry that see the new films exist in a ghetto/bubble that never expands into even the smallest box at one of the art house multiplexes with the possible exception of an occasional screen at the world’s loneliest outpost –screens #14-17 at Hoyts Entertainment Quarter, formerly known as the Cinema Paris. 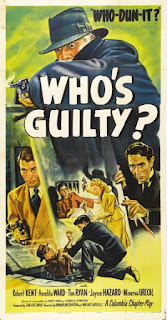 Am I, are we, reverting to childhood? Or at least discovering child hood pleasures. Those were the days of radio and movie serials, gobbled up as fast as possible. Now, the same reflex is back and the advent of the DVD , streaming, downloading and all the activities associated with getting things fast to enable the near instant devour in great slabs has taken over. Definitely an improvement on taking 13 weeks or so to see Who’s Guilty? (produced back in 1945 by the film-maker I once believed to be the greatest of them all, Sam Katzman). So in 2015, it was all the remaining series to the end of Breaking Bad, and the mini-serials and continuing series - Olive Kitteridge, River, the final movie-length ep  of Redfern Now, the Johnny Worricker Trilogy, Justified, Bloodline, Wolf Hall, House of Cards, Black Mirror, The Americans, Ray Donovan, Southcliffe, The Bridge, Better Call Saul, The Fall, Narcos, American Crime and of course Downton Abbey. 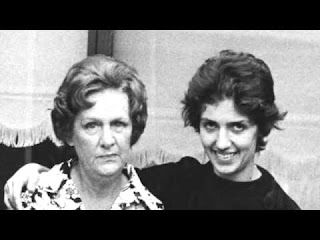 At Erskineville
The Erko Town Hall was an unlikely place for a preview Sydney screening of Margot Nash’s The Silences -  a quite profound excavation of an intense mother/daughter relationship – rekindled, recreated, forgiveness abounding. Somewhat astonishing that the Sydney Film Festival rejected it in favour of 120 other films. The film has since had an official premiere at the Golden Age cinema and more screenings there are promised. 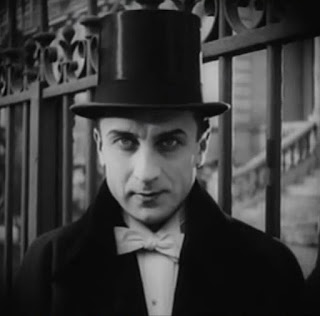 Ivan Mozjoukine
Not an name on everyone’s lips, as Jonathan Rosenbaum demonstrated when he stumbled over its pronunciation several times before abandoning the attempt. 2015 was the first year I saw any of the magnetic Russian emigre’s work on screen. The White Devil (1930), Le Brasier Ardent (1923) came from sources outside the network which sells to JB Hi Fi or even Title Bookshop, but House of Mystery (1921/22) comes via a magnificent restoration by the Cinematheque Francaise published on US DVD by Flicker Alley. Its six hours plus long, a serial (q.v.) and a serpentine tale of love, revenge, betrayal, reconciliation and all the other emotions those things generate.  The handsome Ivan Mozjoukine towers over the story, a gravely beautiful, commanding presence. Made post the era of Feuillade’s revolutionary schemas whereby murder and intrigue took place in the quotidian relatity of the Paris streets of the day, House of Mystery is for the most part set in an hermetic dreamland of modern day princes, princesses and evildoers. Alexander Volkoff’s mise-en-scene knows no boundaries and the device whereby the story moves along via sequences shot in silhouette is fabulously conceived. The music track by the incomparable Neil Brand is also a treat. The Wikipedia   entry on Mozjoukine is quite informative and more digging is now required particularly for the films he made in Hollywood when it was thought for a brief moment he might inherit Rudolf Valentino’s mantle.