Melbourne International Film Festival (online) - David Stratton has some thoughts about MIFF's decision to withdraw THE TROUBLE WITH BEING BORN (Sandra Wollner, Austria, 2020) from its program 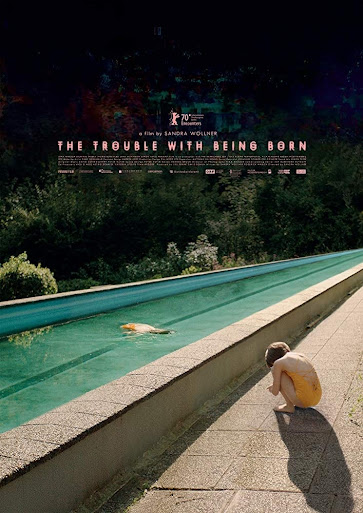 Tom Ryan’s excellent piece  on the Melbourne International Film Festival’s selection of the Berlin prize-winner THE TROUBLE WITH BEING BORN, and the festival’s own subsequent banning of the film, deserves further comment.

As Ryan says, the former director of MFF, Erwin Rado, and I fought a long and bitter battle between 1966 and 1971 to free the festivals from Government censorship.  We had the full support of our respective Boards; in my case, the Board President for most of that period, Ross Tzannes, who was a lawyer, was of the utmost importance.  It was a struggle and it was painful but in the end we were given freedom from censorship to the extent that we were able to screen Nagisa Oshima’s sexually frank IN THE REALM OF THE SENSES (1976) without any cuts whatsoever.

It is therefore especially galling to me to witness MIFF’s apparently craven response to a film they themselves selected.  If, in the future, the Government wants to censor a festival film, the festival will no longer be in a position to protest; they’ve done it to themselves.

I haven’t seen the film and nor, I gather, has at least one of the ‘experts’ who commented on it for what seems to be a beat-up in The Age (I would have expected more from this newspaper and from the journalist who wrote the story. Back then The Age’s film critic Colin Bennett was a staunch supporter of all of our anti-censorship battles.)

But the point is, as Ryan makes clear, that someone from MIFF must have seen the film, probably in Berlin, and decided that it should be shown.  For the film then to be banned by the festival itself is shameful and unforgivable.

I think we need to know who saw the film in Berlin (if, indeed, anyone did) and recommended it to the festival for inclusion and also whose decision it was to ban the film.

Incidentally, I emailed Festival Director Al Cossar on July 31 to express my concern in this matter.  A fortnight later I have not received a response.  I realise he’s busy, but still…