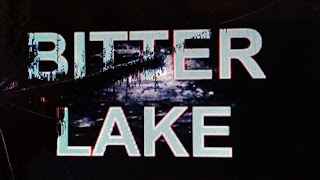 Another year, another round of real-life horrors thanks to Islamist terror groups but trust Adam Curtis (praise be upon HIM) for sifting through the mainstream media wreckage of short-termism and click-bait to piece together a compelling journey of infinite loop(iness) that took us from the disastrous foreign policy meddling of the West decades ago right to the current day failures of those in power to wean themselves off the tit of Saudi Oil and rid themselves of a hideous relationship built on blood and treasure.

The uber-mysterious activist/artist dropped a 5 minute polemic with a vicious recap of a climate dripping in police brutality, dumb consumerism and the racism of Big Fashion... oh and our total enslavement to the political elite. Was it an action-extravaganza of dazzling wire-work and clanging swords? Nope, but years ago when the news came in HHH was working on a wuxia flick, it was always going to be a HHH film and we were finally treated to the Taiwanese master's usual dazzling artistry and precise sense of time and visual compositions. Boasting the most ravishing landscape photography this year courtesy of Lee Ping-bin and Lim Giong's superb pulsating score, THE ASSASSIN was THE cinematic experience that reminded you how much we'll miss when everything goes netflix 'n chill or 4D theme-park cinema. 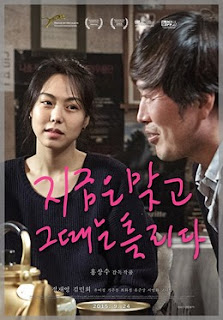 You can only speculate how much of Hong's latest is autobiographical but there's no doubting he has become the world's preeminent authority on (1) ripping apart the male egotism of arthouse Asian auteurs and (2) just how desperately awkward film festivals can be. Soaked in a boozy layer of regret, we get the sleazy flirtations and meandering intellectualism of Jung Jaeyong's auteur as he negotiates a potential hookup with a young painter while killing time before a festival Q&A all of which doesn't exactly go to plan. Repeat but pay close attention as Hong teases out how the most minute of human interactions can have profound differences in how we shape relationships. 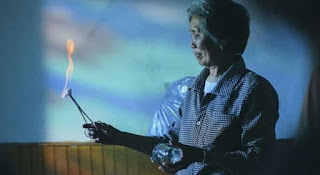 Bi Gan's terrific debut fused the aesthetics of HHH-ish contemplation with the audacity of drone/GoPro filmmaking (that seem to be soaking online video channels) for a visually stunning tour of both Guizhou province and the dark, delicate heart of Chinese familial bonds. Expect great things in the future from the young filmmaker. 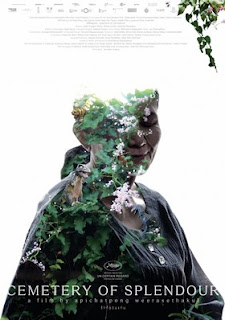 The gentle rhythm of Apichatpong's latest suggested an extraordinarily-crafted lullaby of dreams and childhood reminiscences but the piercing political edge was impossible to ignore. Memorable moments of magic: the eerie game of musical chairs a bunch of people seem to be playing in a park, THAT amoeba, the perfect framing of an indoor megaplex... the question is: what kind of enhanced SPLENDOUR experience could occur with the benefit of consuming some plant-related drugs? Now that's a critical exploration I want to read next year.

For smuggling in all kinds of sharp points about how gender really operates in the workplace.

2. Masters of Cinema Bluray drop of CRUEL STORY OF YOUTH

The 4k scan of the early Oshima youth-gone-wild flick looks incredible and the colours truly pop. If it was a vanilla disc the new transfer would be enough but there's a near 1hr interview with critic Tony Rayns who goes into all kinds of details on the film and Oshima including one surprise sexuality speculation...

5. Someone is still releasing press-books for sale in lobbies?

Not a 2015 thing but I'll mention it nonetheless because I really noticed it this year after visiting cinemas in Tokyo: they still PRODUCE and MANAGE TO SELL press-books in film lobbies in Japan. They aren't exactly cheap but they are often beautifully crafted and help create an aura around the cinema-going experience. In the west, they still sell them at concerts, at operas, at the theatre as a memento for the consumer to celebrate the spectacle long after the lights go out. Cinema can be just as much an event as those leisure activities but it seems to be mainly the Japanese that make the pressbook a serious part of the industry.

And here's one thing that kinda offended cinephilia in 2015

What on earth is happening at the hideously acronymed Brisbane Asia-Pacific Film Festival (aka, BAPFF)? Some bright sparks must still maintain Queensland taxpayers really be subjected to an 'Asian' Oscars that extends from Tel Aviv to Jakarta, Moscow to Tasmania and everywhere in between but now there's a synchronised film festival as well [which last year boasted the Asian delight of GOODBYE TO LANGUAGE in 3D] that managed to sell-out 6 sessions out of how many? How big were those cinemas that sold out? How many people attended total? What is the governing principle behind what is screened at the festival and what is at the Awards show?

But really if we are going to subscribe to the rising wave of PC Gen-i ('i' for 'inclusivity') demands why not just go back to having a festival that does not deny voices from Latin America (a thriving film culture if ever there was one), Africa, Europe and North America? And one other question, *whisper it*, is the pricetag of APSA really worth it?