Defending Cinephilia (10) - Stephen Gaunson on the Australian Cinema in 2015 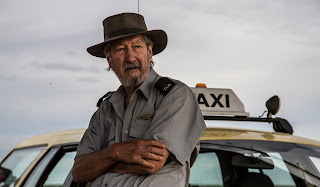 While much has been said about the bonanza year for Australian films at the local box office in 2015, this should not be used as evidence to prove that the films were of a quality greater than those of previous years. (There was nothing this year as good as The Babadook from last year.) Certainly there were some good films with Last Cab to Darwin (Jeremy Sims, 2015) being a real highlight (see this for Ed Kuepper’s great musical miasma and Michael Caton’s performance); however, like most years, local productions gave the good with the bad (and often in the same movie). The Dressmaker delivered some great performances (especially from Judy Davis who proved — yet again — to be the best actor working in Australia). The film though was a delightful mess, which I mean for both positive and negative reasons: the jumping into and outside of various genres (road movie, western, Dad and Dave comedy, family melodrama, mental health, revenge etc.) was a real hoot, but it never allowed for the film to find its own rhythm or be poignant when it needed to be. This may also explain why the film was panned (or misunderstood) so viciously by the British press. 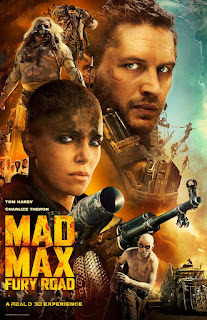 Mad Max: Fury Road (George Miller, 2015) was another delightful mess. Some of those action sequences are the best I’ve seen for years, and here Miller demonstrates just how exciting action cinema can be with the right vision (storyboarding) and critical eye behind it. Miller is clearly a director influenced by the early silent directors of action and physical performance (Charlie Chaplin, Buster Keaton, Mack Sennett) for this film never falls into the trap of becoming one driven by hokey expositional dialogue. Yet, this isn’t to say that the screenplay is not without faults with the topical issues of global warming and gender roles seemingly tacked on without any real development or insight. Charlize Theron is great as Furiosa, but Tom Hardy’s sleep-walking Max wasn’t fooling anyone. This is also a Max Max film, which isn’t really about Max. More of Furiosa in the next instalment please. (At the time of writing only Hardy has been cast in the following up.)

The best Australian film of 2015 is The Silences (Margot Nash) which explored the director’s own troubled relationship with her mother and other family members. Nash delivered a personal and poignant story that never overplays its hand or steers from the difficult issues it raises. I have now seen this film twice and was equally moved both times I saw it. Nash demonstrates how great documentary filmmaking can be — given the right director and subject. The film also works equally well as Nash’s own autobiography as she weaves clips from her past movies and experiences into the narrative she tells. 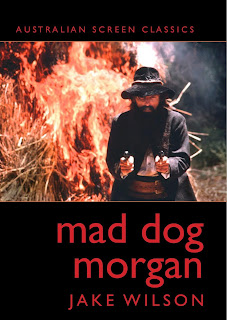 Movies aside, 2015 saw the publication of many excellent monographs on past films and periods of the industry. First was Jake Wilson’s rollicking return to Mad Dog Morgan (Philippe Mora, 1976), written with the tone and style fitting to the film he essays. In addition to offering a considered and well-researched reading of the film are the many anecdotes of Dennis Hopper’s notorious sojourn in Australia.  This particular monograph stands as one of the best from this series — titled Australian Screen Classics and published by Currency Press — which is now in dire straits as to whether it will continue due to budget cuts and copyright issues with the NFSA. It would be disappointing if this series did stop here, and although the publications have been rather hit-and-miss (depending on who is writing on what film) it has produced some very good writing on some very good Australian gems. (Christos Tsiolkas’s work on The Devil’s Playground (Fred Schepisi, 1976) still remains as the best of the series.)

2015 also saw the publication of two monographs from The Moving Image series published by ATOM. First was the long awaited writing from John Cumming’s on the films of John Hughes. More than working through the roadmap of his subject’s diverse and extensive career, Cumming gives a great history of those working on the fringes of the local independent production industry from the 1970s to the present day (including others like Margot Nash). Published alongside this was Lesley Speed’s excellent monograph on Australian comedies of the 1930s, which details the shifting identities of the Australian character during these times — in addition to the technical adjustment that the industry was undergoing due to significant shifts in technology from silents to the talkies. Speed here doesn’t forget about linking the contribution of key figures of the Australian comedy genre — George Wallace, Bert Bailey and Fred MacDonald — to the broader contemporary comedy landscape.  And certainly the influence of such figures are clearly at work in a variety of comedies produced this year: The Dressmaker, Oddball (Stuart McDonald, 2015), Blinky Bill The Movie (Deane Taylor, 2015).

And now to 2016 with the anticipated release of films by Cate Shortland, Mel Gibson, and Rachel Perkins.

Stephen Gaunson teaches film at RMIT and was the instigator of the renowned Facebook Page "Australian Cinema" https://www.facebook.com/groups/698259823544692/
Posted by Film Alert 101 at 03:12