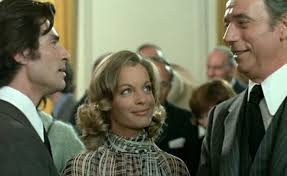 Hello, I am Sue Williams from the Australian Film Critics Circle and I am here to introduce today’s movie César et Rosalie – one of Claude Sautet’s best-known, and best-loved, films.

Although it was made in 1972, César et Rosalie has all our modern obsessions – love, loneliness, bromance … and real estate.

It features a tug of love between the older, coarser César (a rich scrap metal dealer played by Yves Montand) and the younger, more handsome graphic artist David (Sami Frey).

They are vying for the affections of Rosalie, played by the glowing Romy Schneider.

It’s a romantic comedy, by any definition, but considering it was made in a country that revered Jerry Lewis, it is actually quite restrained. That said, it fairly rattles along … there are no “longeurs” in this movie.

But it is very French.  Where else could a young man approach his love rival and say “I love your wife …” and have the older man reply “take a number and join the queue.”

I have exhausted my limited French, you’ll be glad to hear, but what this movie reminded me was that three things had not yet made it to France in 1972 – seat belts, feminism and smoke alarms.

Hollywood uber-critic Roger Ebert said this was "too pleasing a movie not to review", and that it was "the sort of thing the French, with their appreciation for the awesome complexities of a simple thing like love, do especially well."

It’s an intelligent and funny romance, and what further makes it worth watching is the interplay between Yves Montand, Romy Schneider, and Sami Frey.

And keep your eyes peeled for a 19-year-old Isabelle Huppert appearing in only her fifth movie. 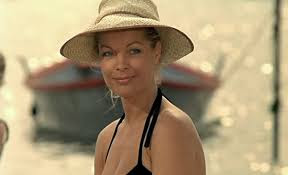