I've been a bit tardy in putting this post together but, finally, here's an overview of the main Asian films showing around Oz in the multiplexes and Melbourne's Chinatown Cinema, during this Lunar New Year holiday break. 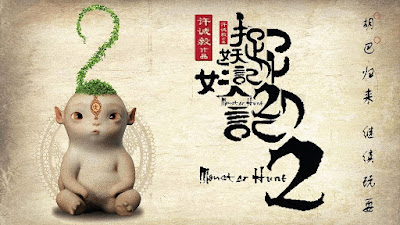 MONSTER HUNT 2 is a genuine treat and a near perfect CNY movie destination for the entire family. Most of the cast and crew return from the original, plus this time around with Canto star Tony Leung Chiu-Wai (THE GRANDMASTER) as a Fagin-like character who befriends the film's star - Wuba! He’s an extra-cute CGI creation who shares monster and human heritage. He also exhibits some very dodgy toiletry habits which should appeal to the young at heart in the audience.
Thrilling adventures and treacle laden relationships abound as the cheeky Xiaowu tries to find his place in the world.
The visuals and CGI of MONSTER HUNT 2 are state-of-the-art and shows that Hong Kong born director Raman Hui learnt his trade well when employed by the Dreamworks company.

MONKEY KING 3: KINGDOM OF WOMEN is the third installment in this ongoing series and the second film which stars Aaron Kwok (COLD WAR 2) as Wu Tong, the Monkey King from Chinese mythology. This sequel looks to be based on the Shaw Bros pic THE LAND OF MANY PERFUMES (1967), which was part of the studio's "Journey to the West" series (1966-68).
It should be good fun and is in safe hands with director Soi Cheang (MOTORWAY) who has made the two previous entries. I'm still a bit disappointed that Donnie Yen never ran with this franchise, as I thought he was easily the best of the simian stars. 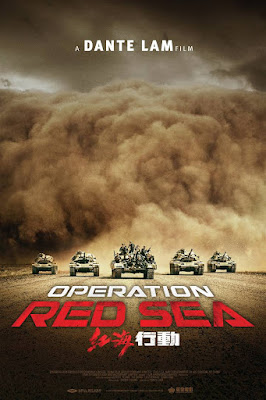 Normally, I'd be a touch wary of OPERATION RED SEA,  a film which advertises full co-operation of a country's Army, Navy and Air Force. But with an action specialist like Dante Lam at the helm, the open offer of military hardware can only make this new release an even more visceral experience. Lam knows how to stage violent and exciting action sequences, anyone who has seen his previous flick OPERATION MEKONG will know that. Before moving to the Mainland, Lam was one of Hong Kong's best action film-makers with titles such as THE SNIPER and THE VIRAL FACTOR filling out a crowded CV.

His new film is loosely based on real events which occurred in strife torn Yemen during 2015, when China's Special Forces troops evacuated Sino citizens from the Port City of Aden. Wu Jing's mega-hit WOLF WARRIOR 2 followed a similar story-line. Not surprisingly, the jingoism of this action pic is ramped up northwards of 11. 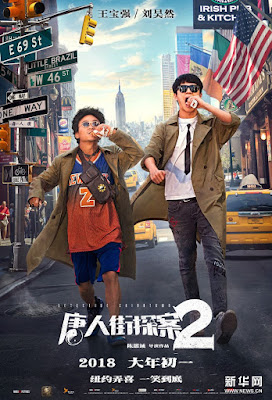 I didn't see the predecessor of DETECTIVE CHINATOWN 2 from last year, but after watching the trailer for this sequel I'm even less inclined to fork out cash for this dumb-looking movie.

Two non-Chinese films at the multiplexes are the South Korean releases DETECTIVE K: SECRET OF THE LIVING DEAD and GOLDEN SLUMBER, with the latter being described as a political, action film, comedy, Strangely, I'm thinking this pic might be worth a ticket purchase.