On making acquaintance with Stanley Kubrick - Peter Hourigan retrieves a first response to 2001: A SPACE ODYSSEY 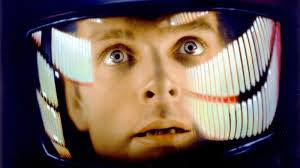 Recently, Neil McGlone alerted us on Facebook to the fact that this is the 50th Anniversary of 2001: A Space Odyssey. This brought back to me that as a very young teacher, I brought my Year 9 English class to see it, in its original 70mm Super Panavision form on first release.

One student, Stuart Whelan crafted a response in particular to the Stargate sequence that I have treasured ever since, and I was thrilled to find it when Neil’s post prompted me. Here it is, 50 years on for the world to enjoy.

Stuart would probably have been 14 years old when he wrote this.  It’s hard to think that now he may be thinking about retiring!  If anyone knows a Stuart Whelan who went to school at Ferntree Gully Technical School (Melbourne) in 1968, it would be great to get back in contact.  (And let him know that I’m not chasing him for the copy of the poems of Dylan Thomas.  I’m sure he made better use of the book than I would have. 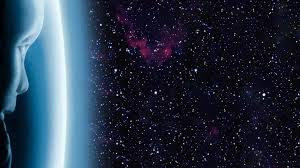 THE LOST ASTRONAUT
(Inspired by the film, “2001: A Space Odyssey”
My eyes were ripped out of their sockets,
And in their place glowing phosphorous was put.
My mind was torn out, and infinity placed in.
All around colours swirled,
Moved backwards and forwards,
My lungs choked with them.
My head pulsated violently.
It exploded.
But then subsided.
Exploded.
And subsided.
For ever more.
Horrifying shapes covered me.
Nothing finitely definable.
Monstrous shades and tones ate at my body.
My brains spilt out on the floor and were trampled on,
By the irridescent purples, yellows and greens.
I was cut by a spectrum slicing deep.
Lines appeared.
I chased them in my mind towards eternity.
Towering grotesque pictures falling on top of me,
I was caught in a coloured timeless, whirlpool which wouldn’t let me go.
Bright orange burned my face and turned it to wrinkles.
Dull bright red singed my hair.
My thoughts were atomic explosions.
My ear drums were shattered.
A million billion hammers beating.
A million billion violins screeching.
I kept falling,
Falling,
In a bottomless pit.
Lines whizzed by.
I flew over seas of molten gold,
Oceans of boiling blood,
My body scalded and blistered.
I kept falling.
In front of my eyes parallel lines met under my feet,
Dazzling,
Bright
Chilling
Deadly purple.
A blob appears,
Catch it,
Catch it,
It is my life, catch it,
It is my life. . . . 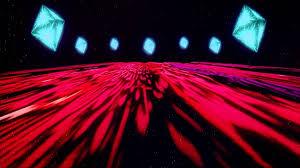