Editor's Note: A contributor suggests that this site become an occasional receptacle for reporting the best one-liners appearing in the most unlikely films.

This is not intended as a site solely for fart references notwithstanding the first post which you can find here.

From the minor and almost totally forgotten Australian classic Out of It (Ken Cameron, 1977): "It was about as spectacular as a fart in the bath" 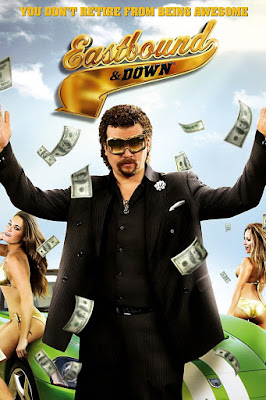 Kenny Powers speaks in the very vulgar and very funny HBO comedy series Eastbound and Down, in response to the question from his dad, "Do you smoke pot?"

“Does the Pope blow little kids?”