Editor’s Note: A day or so ago, when I read a Facebook post by Kiki Fung of HKIFF, BIFF, BAPFF and APSA, and saw the accompanying photos, I got in touch and asked if she would like to send a more expansive piece to the Film Alert blog about Edward Yang, A Brighter Summer Day  and the restoration screening at the current Hong Kong International Film Festival. Now read on, starting with Kiki’s FB post. 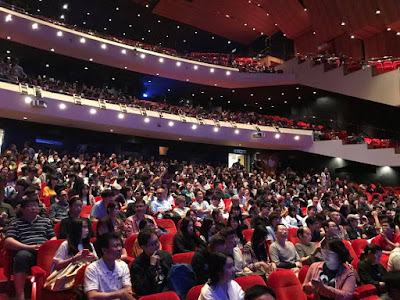 The restoration of A BRIGHTER SUMMER DAY @ Hong Kong International Film Festival. Full house at the 3-level Hong Kong Cultural Centre. Seeing it again I am still most moved by the two scenes where Chang Chen walks with his father and the two discuss standing up to principles: the contrast of lighting in the two scenes, the disillusionment, the defeat of human spirit. A young soul struggles to understand the world where brightness is corrupted everywhere. A generation struggles to find space in an ever-changing world. 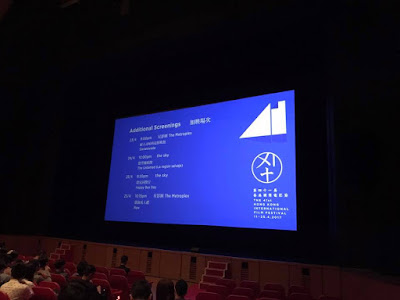 To quote Mary Stephen, "it seems that all of us were at the 四小時的«牯嶺街少年殺人事件»... A Brighter Summer Day restored and gorgeous all through the 4 hours." Film Festival unites us. Nothing like breathing and feeling together with a passionate crowd. And walking out inspired.

Editor's Note (2), and here's the expanded piece:
The screening of Edward Yang’s 1991 A Brighter Summer Day (restored) on 16 April, followed by a conversation between Yang’s collaborator, screenwriter Hsiao Yeh and Festival Director Li Cheuk-to, was certainly a centrepiece at this year’s Hong Kong International Film Festival, and an important event for film lovers and film critics in this city, as well as international programmers who travelled to attend the festival. Commemorating 10 years since Edward's passing in 2007, the festival is screening all seven of his features and his short film Expectation (part of the omnibus film In Our Time). Accompanying the retrospective is a publication titled Edward Yang, 10-year Commemoration (Chinese only), a revised edition of the now out-of-print The One and Only Edward Yang published by the festival in 2008. The book is a collection of interviews with himself and his collaborators, essays by film critics, and writings and drawings by Yang. Edward Yang’s cinema represents the Zeitgeist of our time. His masterfully constructed and richly layered narratives carry a sharp critique on modern, commercialised society and urban anxiety, demonstrating an intellectual’s concern for his environment. Looking at them now, none of his observations have dated and in fact, are all the more relevant. In that sense, one should also say he was at his time and ahead of his time. A Brighter Summer Day, his only film looking at the 60s, with very fine period details, is indeed timeless as it expands on the true incident of a murder case by laying out the historical and political (albeit fictional) context to convey a sense of historical necessity (or unavoidability). (Jacques Rivette’s Joan the Maid came to mind.) It was also Yang’s attempt to contemplate how that historical environment has impacted on or shaped our current time. As such, the film transcends that temporal-spatial specificity, registering the disillusionment, the sense of defeat, and the outcry against a corrupted world (expressed in many metaphorical ways in the film) that will always find resonance.

If Hou Hsiao-hsien tends to look at time as an ever-flowing matter, distilling poetry by universalising human suffering (A City of Sadness as the prime example), Yang is often focused on the moment - the nerve and psychosis of the society. It was tremendously moving to watch A Brighter Summer Day with a full-house audience at the Hong Kong Cultural Centre. I assume there was a mix of Hong Kong, Taiwanese and mainland Chinese in the audience, and if I am right, I felt that the gravitas of this film united all of the Chinese-speaking audience (and the international audience of course). I stress “Chinese-speaking audience” here because with our varied tastes, backgrounds, and some understood complex friction that takes place in Hong Kong, a moment like this was very precious and moving. For that four hours, all souls in the room were united by the respect for this filmmaker who speaks so eloquently of man’s eternal struggle. It was also a shared moment of our love for cinema and for a dearly missed master who confronted his environment and time. 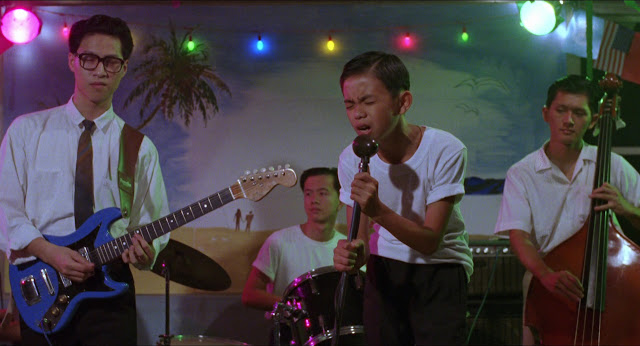