Classics at the Chauvel move to front and centre 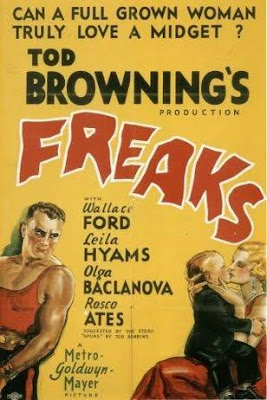 For years now the Chauvel Cinema ran a Monday night program dubbed its Cinémathèque using prints from the NFSA’s (16mm) Lending Collection. This seems to have been abandoned and the venue may now a step away from this low level, low standard part of its program and somewhere towards the light with its program on Friday nights dubbed the Cine-Vault. The venue’s website claims the program presents iconic, and cult film favourites on the big screen – the way they were meant to be seen. This program, which has evolved from the audience favourite Chauvel Cinematheque, still aims to showcase rare 35mm film prints where possible, offering the audience a chance to experience the wonders of celluloid projection alongside state-of-the-art digital projection and restorations of classic films.

Of the first selection the oldest film on offer is Tod Browning’s Freaks (USA, 1932) doubled with John Waters’ Pink Flamingoes (USA, 1972). You get the programming drift towards so-called cult material from that combination but if, at last, the Chauvel is taking print quality seriously well that’s small step forward. 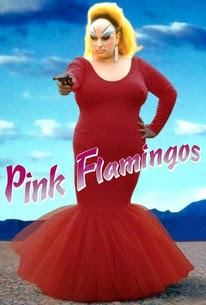 San Francisco Silent Film Festival
This is a high quality event, one which might serve as exemplary if ever anyone were to get serious about presenting a silent film festival here. Details of the whole event’s
Program are here

The special session promises a behind-the-curtain look at the international preservation scene with another edition of this popular free program.

Sharing their amazing preservation tales are Library of Congress’s George Willeman, who has managed to sync cylinders from Edison National Historical Park with eight films from LOC’s collection for his presentation on Edison Kinetophones from 1912–13; Elif Rongen-Kaynakçi from EYE Filmmuseum, whose presentation will reveal the wonders of EYE’s UNESCO-inscribed Jean Desmet collection; and Heather Linville from the Academy Film Archive, sharing rarely seen footage of globetrotting filmmaker adventuress Aloha Wanderwell.

Museum of the Moving Image in Astoria NY

The Museum has put this note on its website Martin Scorsese has long been a passionate champion for film preservation and restoration. In 1990, he co-founded The Film Foundation, which has been responsible for the restoration of more than 750 films, including fiction features, documentaries, and avant-garde cinema. And in 2007, he launched the World Cinema Project, dedicated to restoring neglected great films from around the world. To date, 28 films from Africa, Asia, Eastern Europe, Central America, South America, and the Middle East have been restored, preserved and exhibited for a global audience. This series offers a small selection of some of the great movies that have been saved for theatrical presentation by these essential initiatives.

The final film in this series, on April 9, will be a program of avant-garde films selected by Martin Scorsese.
Posted by Film Alert 101 at 01:46