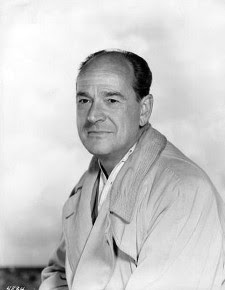 Way back in August 2014 someone posted on Youtube an interview between Brit critic Paul Mayersberg and the director Anthony Mann. Since then the number of views is still only in the hundreds so it cant be said that that it has attracted wild attention.

Nevertheless  just a few days ago someone pasted the  Youtube link above onto Adrian Martin’s Facebook page and as a result I suspct that more than alittle extra interest will now be generated in what it is a most informative discussion. 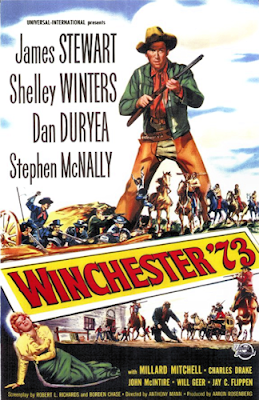 Bruce Hodsdon has now sent in a note about the critical treatment of Mann around the time of his death.  Bruce writes: An interview with Mann by Jean­-Claude Missiaen appeared under the title “A Lesson in Cinema” in Cahiers du Cinema in May 1967, after his death, accompanied by an in­depth filmography. It was translated and reprinted in the final issue of C du C in English no 12, December 1968. (Mann named Winchester 73, Men in War, El Cid and God's Little Acre as his best films; he was “not at all pleased” with Reginald Rose's script for Man of the West which had “too many theatrical touches”). The Interview by Jim Kitses with writer Borden Chase (who also scripted Red River and Vera Cruz) in Film Comment, Winter 1970­1, includes discussion of his collaboration with Mann. I'm fairly sure that the first in­depth recognition of Mann in English was a career survey in Films and Filming c 1962­3 by John Howard Reid, Oz film buff, publisher and author of the long running Film Index. The first attempt at a serious history of the western in English, 'The Western' (1962), by film historians George Fenin and William Everson was published in 1962. An indication of the extent they were out of sympathy with trends in the 50s, the greatest decade for the western, Mann was given a single paragraph referring to “his heavy pretentious approach well-suited to The Furies” (Mann's second western) but they found he “unfortunately persisted within westerns with less than neurotic content...although Winchester 73 was an extremely satisfying horse opera”.

After the notes above appeared here, Bruce added another comment on his Facebook page: Paul Mayersberg's interview is on a different level in comparison to the one in Cahiers which follows more film by film q&a after a brief introduction and a quotation from Godard referring to Man of the West as the interview's title, "a Lesson in Cinema", promising more. The formal excellence of Mann's films from the late forties onwards can become something of an academic exercise in mise en scene as in The Tin Star for example, but is at its best in his western landscapes with Borden Chase and Philip Yordan scripts centred on James Stewart's westerner. The point has been made that his two best non-westerns El Cid and Men in War are in essence "disguised westerns". My pick of Mann's films are The Man From Laramie, The Naked Spur, Men in War and The Fall of the Roman Empire (especially the first half).
Posted by Film Alert 101 at 05:37