AFI Screenings 2016 - Short notes on Down River and Spear 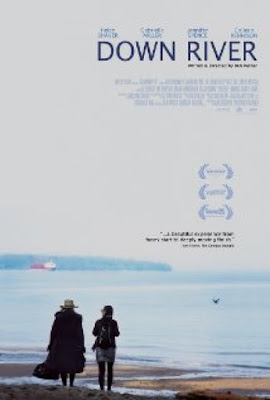 This film was screened at MIFF last year (2015) and still somehow was only a late entry into the AFI Awards. I assume it means that some sort of commercial release has been engineered for the film to allow it compete.

Down River has some elements that are welcome. It is superbly photographed and, as was pointed out to me by an industry professional, sound design especially holds the film together inasmuch as it is held together. Why does it need that? Well largely because the exposition of the story is simply difficult and confusing to follow. Things happen without logic. Other things happen, most especially the disappearance of the girl child, that cause incredulity. (Why aren't the police swarming all over the place for starters.) But I digress...This first feature doesn't tell its story well enough and all the elisions, all the mysteries of place and time and person, presumably deliberate, tumble over each other. ...and you feel nothing for the characters, some of whom belong in other movies, played by actors who fail to convince....a disappointment.

Spear (Stephen Page, Australia, 2015, Produced with the support of the Adelaide Film Festival) 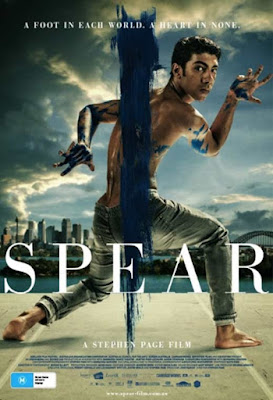 This film premiered almost a year ago in Toronto and then played locally in Adelaide. Since then it has played a lot of boutique bookings at smaller events and in March this year played at some commercial venues for limited times. The audience for it would thus far probably still be limited to just the thousands. But I'm getting to it late I admit. It is however, thus far at least but by a long way, the best film produced in Australia over the time under review. Maybe in the next couple of weeks something will emerge out of the remaining AFI/AACTA screenings but at this stage my conviction is very strong.

Stephen Page, a wonderful choreographer with a career as the backbone of a unique dance company, has assembled a remarkable dance drama focussing on the different worlds of Australia's indigenous community - the attachment to the land and its spirits and the intrusion of a modern world that wants to kick over those traces. Lead by a stone faced Hunter Page-Lochard, digressing through trials and tribulations set out by the brilliant Aaron Pedersen, and danced in superb ensembles, this is a major work, a film which stands alongside other extraordinary debuts. Somebody should be all over him to make sure that another film is on the way quick smart.

Page is aided by superb cinematography by Bonnie Elliott, sound by Andy Wright and all of the music track but especially that by Djakapurra Munyarryun. The music ranges broadly and even includes that old Charlie Drake song My Boomerang Wont Come Back.

I haven't been as thrilled by an Australian film for a long, long time and I'm not of a mind to care about any dismissive comments about dance on screen or realism. This film will come to be seen as something beyond special.

P. S. Hadly a moment had gone after posting this above before I heard from Eddie Cockrell advising of his similar enthusiasm for the film which he put into his Variety review. You an find it at http://variety.com/2015/film/festivals/toronto-film-review-spear-1201590916/
Posted by Film Alert 101 at 22:30