AFI Screenings 2016 - EMBEDDED, SPIN OUT and SCARE CAMPAIGN round out the viewing

All three of these films are made, essentially, by directors getting their first chance. Essentially because Spin Out is part attributed to the experienced Marc Gracie whose credits stretch back for three decades. He gets his name on the film, first, as one of two directors. The other is Tim Ferguson once the loudest and most aggro member of the Doug Anthony All Stars (being monstered by Tim at one of their shows was truly frightening for the victim on occasion) but now a comedy writer and performer for TV, radio and more.

The team have now sprung on us a feature movie about a day out in the bush for young people who drive utes and, once a year, attend a Bachelors and Spinsters dance where some mild, indeed frequently timid attempts, at having fun accompanied by some common or garden debauchery takes place. Nods to correctness abound. There are two gay cross dressing but very boofy blokes in attendance and an Asian girl who occupies one of the second line of jokes as part of a trio of warring couples. Needless to say, this very sunny movie has a short aftermath full of happy endings.

Without telling the film-makers how to suck eggs, from my perspective watching a movie which features at least half an hour of the mindless activity of spinning utes in circles and raising dust, is nowhere as enjoyable as listening to the couple of songs. If it were me I would have gone for a lot more songs and less, in fact zero, ute spinning.  I would have also gone for some well choreographed dance numbers in the manner of Saturday Night Fever as well. But its not my movie or my money. Just whether there is an audience for a ute spinning movie, beyond the however many thousand airheads who attend Canberra's Summernats from all over the place, we shall know shortly. In an act of commercial bravery not equalled for some time, Sony Pictures has taken the gamble on this movie and acquired the world wide rights. It opens on September 15 and then punters will be asked to pay to see a film that is as close to complete and mindless drivel as has ever been confected in this neck of the woods. We shall see what we shall see.

Spin Out was assembled by a production and writing team with lots of experience. What mixture of romance and satire was being aimed at remains mysterious. There is less mystery about the other two titles. Both of them are somewhat derived from other movies most especially Scare Campaign, a concoction by Colin and Cameron Cairnes. In their jolly intro one of the brothers referenced the Brit TV series Black Mirror, now about to unleash its third season after attracting much serious attention in the US. The TV series is quirky and mostly looks at subjects that are at a remove or two from the quotidian. Only a couple of dozen AFI members were in attendance at the screening and there didn't seem to be much audience recognition when Black Mirror was mentioned. No surprise I suppose especially given the low take up rates for cable TV here, which is where the series nestles, the next one going out on Netflix next month. But I digress... 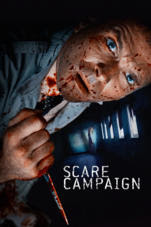 Scare Campaign  has a nice idea, satirising reality TV quite effectively in its opening sequences and hinting at darker forces out in the TV ether who go beyond the rules of safety and comfort. The story line however inevitably heads towards gore and mayhem with much relishing of death by sharp instruments. It has some smarts and is clearly the product of much very precise observation of many other movies.

Embedded was programmed into both the recent festivals in Sydney and Melbourne though in Sydney at least it wasn't give prime space in the State Theatre. Stephen Sewell, always a writer of ferocious seriousness, here takes over as director. He finds himself in a situation similar to that of novelist Julia Leigh (who made Sleeping Beauty to much advance fanfare back in 2011). Sewell is experienced as a writer but a tyro in the demanding task of assembling a film. This shows mostly in the handling of the actors, here almost entirely reduced to two, a couple who have picked each other up in a bar of a hotel in Mali where she's an international relations expert and he's a press correspondent. Early, and raunchy, passion gives way to long discussions, abuse, a little violence and frequent sex. Sewell's models or aspirations would seem to be rather more in the mode of Hanif Kureishi or Bernardo Bertolucci, maybe Marco Bellocchio or going a long way back to the alienated couples dissected by Michelangelo Antonioni, all writers and directors with a much more assured touch. That is something acquired over time and I'm not sure that a directing debut at age 62 is when you start. Oops. Ageism on display there.... 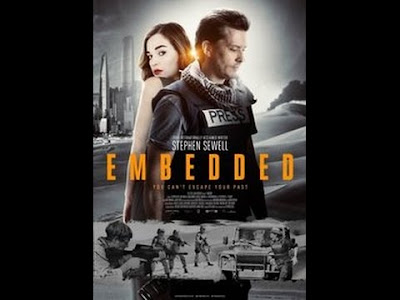 Sewell's film does go for some mystery. There are shots in black and white taken from apparently hidden cameras in the hotel room where the action mostly takes place. Who is looking in remains mysterious. The black porter who can help with champagne or drugs mutters enigmatically about others staying in the very flash hotel. This world is a place for paranoids and the deeply suspicious. Secrets and lies abound. But, rather like Julia Leigh's earlier effort, the film doesn't convince you very much and the actors and perhaps the director seem to be struggling to give some authenticity to Sewell's as per usual quite complicated dialogue.