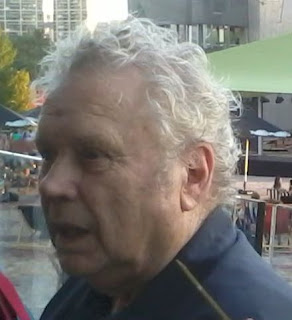 Bill Hannan was my English and French teacher at Moreland High School in the early sixties, He has remained an engaged and engaging figure with active interests across local and Australian history, literature, politics and the arts. This is the second verse he has sent me. You can find the first at this link

the unevenness became more noticeable
so I thought I should perhaps feed it
I asked my neighbour Scottie
if he had a suitable fertilizer
he gave me some called Topfeed
available from trickledown.com
and emphasised I should apply it
as with water to the plant’s top
which I did and was soon rewarded
with buds and fruit on the top
though the low branches wilted and dropped

so from growing an economy I discovered
that you have to keep feeding the top
Posted by Film Alert 101 at 15:45