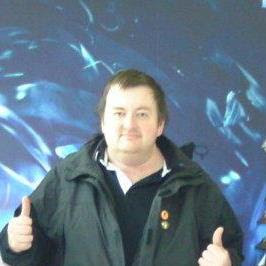 Whilst in Vienna a few days ago, I received the very sad news that a dear film friend had lost his long fought battle with cancer, Allan Fish. Allan was just 43 years old.
I am not quite sure how we first started conversing about film, but I know it was more than 10 years ago and in that time we have swapped and traded over 1000 films between us.
His unique wit, humour and incredible knowledge of film was unprecedented, particularly on Japanese cinema.
During his oh so very short lifetime, he wrote a book on film that sadly remains unpublished. It was a passion project for Allan, taking him more than 10 years to write and is his own homage to the Halliwell's Film Guide. The book contains 1000's of reviews in Allan's own inimitable style and before his death, he kindly sent me a copy and gave permission for me to pass it on to others to enjoy.
Here is a link to Allan's book that you can download:
https://drive.google.com/…/0B7Mm4JStm_V9NkRPNUZfLURYU…/view…
I'd urge you to take a look and hopefully it may help you seek out some of the films included.
When I was asked to work on Mark Cousins film A STORY OF CHILDREN AND FILM, Allan was one of the first people I spoke to about the project and it was thanks to him that I made Mark aware of the Korean film, A HOMETOWN IN HEART, and sent him a copy for a clip to be included in the film. Allan receives a well deserved "thank you" credit at the end of the film.
Sadly I never got to meet Allan in person, our communication was regular and often, always via email and then in the last few weeks via Facebook messenger.
It's still hard to believe he is no longer with us and I send my heartfelt condolences to his mum, Sue Fish.
Editor's Note: Like Neil, I never met Allan but Neil passed on an email contact when Film Alert was in the thick of its yet uncompleted comprehensive reports on the films of Julien Duvivier. Allan sent me the Duvivier entries he had compiled for the book which Neil mentions above. If you would like to read some astute and passionate thoughts on many of the key Duvivier titles here are the links.  Panique, La Belle Equipe, La Fin du Jour, Voici le Temps des Assassins, Pepe le Moko, Un Carnet de Bal, Poil de Carrotte (1932), Au Bonheur des Dames