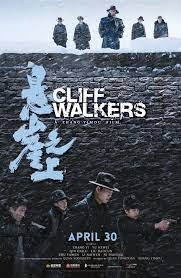 Zhang Yimou is China’s most prestigious - most visible - film maker and has been since the peak days of the Fifth Generation and his1988 Hong gao liang /RedSorghum. He was their go-to guy for staging an Olympics opening. I can’t say I’m on board with all this. The only one of his films that I really like is the uncharacteristic1999  Yi ge dou bu neng shao/Not One Less, one of the small movies that lift the corner of the curtain obscuring Chinese life.

There are brilliant passages in Zhang’s output, like the attack on the calligraphy school in 2002’s Ying xiong/Hero or Zhang Ziyi’s dance in the 2004 Shi mian mai fu/House of Flying Daggers  but I watch the director’s Gong Li movies with an unease that I don’t feel with the films of Feng Xiaogang. Feng’s 2016 whistleblower film I Am Not Madame Bovary/Wo bu shi Pan Jin Lian can be read as a correction of Zhang’s 1992 Qiu Ju da guan si/The Story of Qiu Ju and it’s a much better film. It’s now a while since we had something substantial from Feng Xiaogang.

However Zhang Yimou’s new Xuan ya zhi shang/ Impasse/Cliff Walkers has just been given a very soft opening - twice a day sessions in the George St. Centre, no editorial coverage.

Hopes rise with the opening following its white on black titles.  In 1931 Russian-trained Chinese Communist agents are parachuted into Manchuria in the pit of winter. As the film runs we learn about Project Utrennya (Dawn) aimed at exposing the brutality of the Japanese invaders.

We start as we mean to go with a counter-spy taken down with a twig jammed in his eye in a violent confrontation. The action moves impressively from the frozen woods to the Harbin  train trip with the agents evading the Japanese police.

There’s some great action staging - hand to hand encounters, shoot outs, car crashes including a spectacular one which takes down a line of telegraph poles with their icecovered wires. The vibrato-heavy scoring of these scenes is imposing.

The design aspect is exceptional, staged in constant snow that builds up on the brims of  the black felt hats or inside of the train doors, all they say shot in forty degrees minus, looking authentic even with a lack of steam on breath. Chaplin’s Frozen North movie  The Gold Rush  is a plot element. We get the elaborate Rumanian Embassy setting, the Harbin streetscapes with vintage car traffic, the solid timber panel interiors. This carries through to the striking final image of the car smashing throughthe river ice and sinking.

The handling is punctuated by telling extreme close ups - a fountain pen nib, burning code instruction slips, the hypodermics of “psychedelics”, a lock’s key inserted and then withdrawn, the stolen revolver with the defective firing pin on the desk. Lead Zhang Yi, was star of Zhang Yimou’s previous One Second.

The violence in this film is extreme and not out of character with the director of 1991’s Dà hóng denglong gaogao guà/Raise the Red Lantern. The piece has so much sadistic detail that it becomes disturbing, going with the constant betrayal, also characteristic of Zhang Yimou’s work, to produce unpleasant viewing. This backs a none too inventive plot which is hard to follow, using so many look-alike characters it becomes confusing. Overseas commentators have remarked on this.

Whether is a good film or not, Cliff Walkers  is a major work of an important director and a revealing insight into the current Chinese film esthetic - and, we are re-assured, a tribute to the heroes of the revolution.