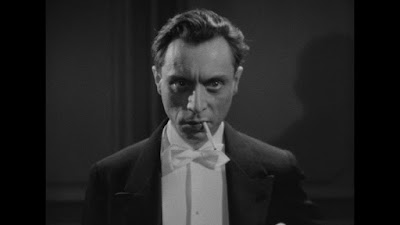 Louis Jouvet (above and bottom), the rich man who has just blown his dough, with Jean Gabin (below) as the thief who has just fallen down on his luck after raiding Jouvet's apartment. From this epiphany over foie gras and Burgundy the two will descend into the literal depths of Gorki's novel to discover the rest of the knockout cast in this wonderful and totally underrated Renoir. 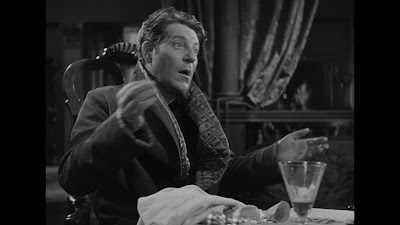 The movie is clearly the Renoir and Charles Spaak adaptation of Gorki's Les Bas Fonds, made in 1936 for that crazy Russian émigré 30s studio outfit that gave French cinema so much quality, Films Albatros. The screens are from a spanking new (2020) restoration from Gaumont with funding from the Centre Nationale Cinematographique.

This is yet another favorite Renoir for me, one of those miracles of narration which swings from classical form to freefall, in the process liberating the actors from rigid role settings, and the story from the turgid atmosphere of Gorki's own narrow banded underworld view. Like Monsieur Lange, Spaak's screenplay for this opens the characters out, to the point where, once again in 30s Renoir, there's a major killing, but the morality of this is readily glided over, if only for the fervour with which Renoir and Spaak have already depicted the appalling child molesting perpetrator of so much misery and abuse. 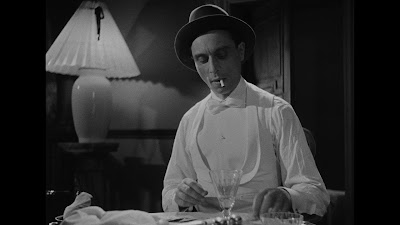 As usual with their regular Blu-ray editions Gaumont includes English and French (HoH) subs. The restoration looks wonderful, notwithstanding some small degree of density fluctuation on lap dissolves and a very few optical shots.