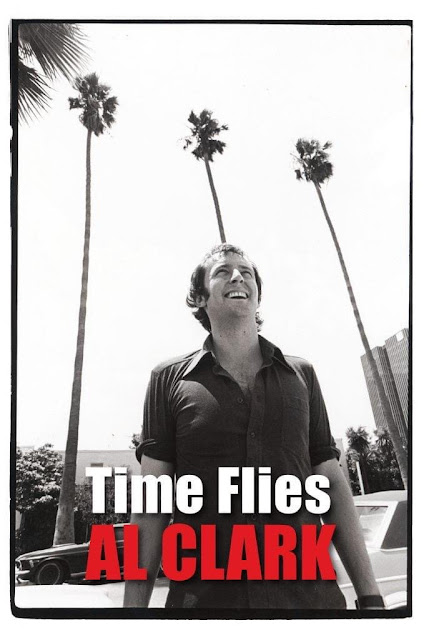 Al Clark has been involved in the production of twenty or more films including, since 1990 when he relocated to Australia from Britain, films by among others  George Ogilvie, Stephan Elliott, Andrew Dominik and Anna Kokkinos. He won the  AFI's  Longford Lyell Award in 2013.

Now Al has written a memoir. Here's the blurb from the cover: Time Flies is an idiosyncratic memoir with a distinctive voice and a sense of the absurd: a wistful, reflective, sometimes comic view of a childhood in a remote mining village in Southern Spain, the dislocating shock of a Scottish boarding school education, and a remarkable introduction to working life in London at Time Out then at Virgin, both at the peak of their maverick self-confidence. A tireless spokesman for the company, and an improbable mouthpiece for the Sex Pistols at the time of their greatest fame and vilification, he later went on to produce numerous notable films, several classics among them.

“A significant Australian filmmaker, Al Clark is also a superb writer and humorist, as this first volume of memoirs attests. A joyful experience.” Phillip Adams

“An extraordinary life, observed with humour and fascinating tales of celebrities in the music and movie worlds.” Bruce Beresford

On sale now at all good bookshops