The Australian Media Oral History Group (AMOHG) is an independent, voluntary association of professional media practitioners, oral historians, academics, archivists, journalists, critics, reviewers and others. The Group aims to encourage and conduct oral histories of practitioners in audiovisual media and those with a significant memory or knowledge of the social histories, operations, cultures and sub-cultures of audiovisual media production and reception.

AMOHG has its own website which you can find if you click here.The website is managed by long time film industry stalwart Dominic Case. Here is just the introductory para to Dominic’s story on the website. 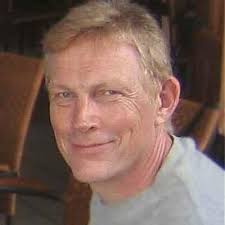 “Time it was, and what a time it was, it was
A time of innocence, a time of confidences
Long ago, it must be, I have a photograph
Preserve your memories, they’re all that’s left you”

I joined the Film and Broadcast Industry Oral History Group (FBIOHG as it was then) when it started in the early 1990s. At the time I was writing a research paper for the Australian Film Commission on the effects of changing technology in the film industry (incidentally, this was just before the digital revolution took hold of film), so I was interviewing filmmakers about changes in their working methods over the previous couple of decades. I lodged those interviews (on audio cassettes – talking of changing technology!) with the National Film and Sound Archive.

You can find Dominic’s story if you click here 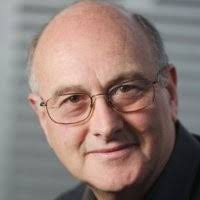 Another member and another long time industry stalwart is Malcolm Smith whose major contribution to AMOHG since he joined was to establish and shepherd through to completion a series of Oral Histories devoted to the development of the New Media in Australia.

"I was nine years old in 1952 when I shot my first movie on Pathe’s 9.5mm stock. Pathe’s sprocket holes were, unusually, in the middle of the film.  My brother acted the part of a cowboy being pierced by an arrow to the heart. This involved filming with the camera upside down and pulling the arrow from my brother’s chest with a string – a cheap action reversing trick. It thrilled me enormously.

"I was also becoming adept at recording and editing quarter inch gauge magnetic recording tape on reel to reel recorders. Much time was spent with friends imitating the Goon Show, especially the sound effects, which was very popular at the time.

"So was born my love for media.

"My first real foray into recording oral histories came in 1975 when I was working at the South Australian Film Corporation and arranged for Gil Brealey the founding Director and Chairman of the Corporation to be interviewed by Storry Walton – academic, writer, producer and director. That seminal, three hour recording is held by the NFSA."

If you would like to know more about AMOHG, get involved in its activities, learn more about media oral histories you can do it by via the Contact form on the website or by joining the AMOHG Facebook page group which you can find if you click here.

AMOHG does not charge membership fees and all activities are undertaken entirely by volunteers.

New comments are not allowed.