Editor’s Note: Sydney’s inveterate supercinephile posts online in all sorts of places. You can read him on his own website Sprocketed Sources as well as his many posts on Film Alert 101. He has also posted many comments on imdb.  I’ve done a bit of editing. Now read on…..

Of the hundreds of comments I've placed on IMDB, the following have been deleted. I'm still trying to figure which nerves I frayed.

Forbidden Lie$ (2007)
Yet another Unnecessary Australian film, 21 September 2007
(This review was deleted by IMDb based on an abuse report filed by another user)
The story of Norma Khouri's apparently bogus autobiographical best seller and the unsavory allegations that investigation brought to life about the woman, were splashed about print media extensively. 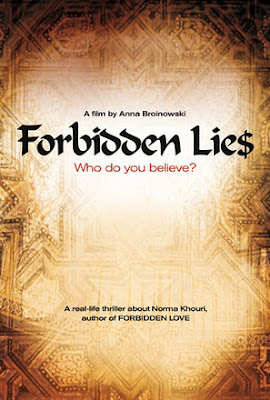 The only reason for pouring this amount of time and effort into turning them into a documentary film is the none too endearing one that there's money for making these and a nationalistic demand that they arrive.

Khouri is not an engaging personality and spending hours in her company is not appealing. She may be a more intriguing subject than a man who went round scribbling the word "Eternity" on footpaths or a movie director's deceased auntie but a passing attempt to incorporate her in a CIA plot or an investigation of the fraudster mentality fail to produce the kind of revelation that would justify the time and money to watch this film, let alone make it.

The film's ambitious production values (computer graphics, re-enactments, a trip to the location) are not merited by the piddling subject matter or any insight the film maker brings to it.

Company Limited (1971)
Accomplished Ray drama., 21 May 2007
(This review was deleted by IMDb based on an abuse report filed by another user)
It's amazing to find no comments on this widely shown work of the most respected of the Indian film makers. So much for the glory of this world. 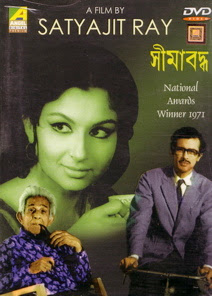 The plot and setting are not unfamiliar in Satyajit Ray's other films but it's a little surprising to see them stage centre. We are given the background of a rising executive in the Calcutta Peter's Fan Company. Good job, attractive wife, comfortable seventh floor apartment above the smog and noise. He seems to have it made but two things happen.

They are visited by his sister-in-law, Shamila Tagore, star of Ray's first major film PATHER PANCHALI and daughter of the celebrity writer Rabindranath Tagore about whom Ray made an impressive documentary. She comments that Chanda's salary is as much as Tagore's Nobel Prize. Next up an export order for which our hero is responsible gets into trouble - wrinkling of the underside.

The outcome is predictable with the high fliers emerging as leading empty lives by comparison with the family back in Patna and the montages, opticals and fake commercial are not as slick as the film makers think but the director's humanist outlook gives the characters a validity which it is hard not to register.

La vie et la passion de Jésus-Christ (1898)
Early Christian narrative, 15 April 2007
(This review was deleted by IMDb based on an abuse report filed by another user)
If this is the Pathé film issued re-coloured in the late twentieth century, it can be considered state of the art for the time of its production. The angels fade in and out of their scenes, Christ is superimposed on the waves he's supposed to be walking on and they've cut holes in the scenery for the cast to walk through. The form is basic - tableaux of familiar incidents introduced by captions identifying the action.

The smallness of scale (about a dozen extras) is obvious now. However, the makers show a good command of their task. There are only a few giggle worthy moments - the Holy Family picnicking in front of a painted Sphinx, Jesus turning over a pair of card tables representing money lenders in the Temple. Also it has its Mel Gibson touches with a protracted and enthusiastic scourging.

It's an example of a model the serious film makers soon abandoned and it is hard to imagine this one impressing current audiences.

El kommissariate el fatenate (1957)
Vintage Arab comedy from Gogol, 4 January 2007
(This review was deleted by IMDb based on an abuse report filed by another user)
The 1952 military revolution in Egypt seems to have been a key event for their cinema, the most vigorous in the Arab world - as far as we can tell from the thin stream of material that makes it's way to us. It was the point at which Youseff Chahine, their best known director, and Omar Sharif/Omar El-Cherif, their best known star, both appeared.

This update on Gogol's "Inspector General" which they tell us is both timeless and an exact fit with pre-revolutionary Egypt, is passably amusing. A fertiliser inspector is mistaken for a touring investigator and feted by the corrupt village head Odma. The film seems to have been contaminated by the Danny Kaye version, complete with romance with the daughter and songs. What happened to the real Inspector?

The comic duo leads are practiced, though their material is thin. The production values are adequate. Technique is largely a matter of playing scenes with the characters facing the camera and the odd, jarring close-up cut in. Studio shooting is broken up by a few intriguing location sequences. We get the impression that the whole thing was post synchronised roughly.

As entertainment the piece gets by but as a novelty it is fascinating, a glimpse of a movie culture pretty much unknown to us a half century later. It's home audience appear to regard this one highly. It has just been subject of a nice sharp (though slightly contrasty) remastering with impeccable English (and French) sub-titles.

The Hindoo's Charm (1912)
One-reel melodrama set in the (then) exotic east, 21 August 2005
(This review was deleted by IMDb based on an abuse report filed by another user)
Functional would be the best way to describe this one-reel melodrama. the vengeful Hindoo/u (the James Young, director of "Hearts in Exile"?) got up in boot polish and a turban, plans on avenging himself on Maurice Costello's family, somewhere West of Suez.

Chief interest is in seeing the distinguished cast early in their careers. Hard to reconcile the two children (Helen keeps on standing in front of the taller Dolores, blocking our view) with the glamorous stars of the 1920s Michael Curtiz movies.

Compositions are often awkward and the playing is unremarkable, outside of Young's unrelenting hamming. Hard enough to see any of these one reelers - let's not be greedy!

Finding himself in the future, airman Robert is paraded before Vlad, as "the Supreme" whose significance is marked by two black bowling balls on his desk. Mute Darlene simpers a lot and reads our hero's mind but the action is with other arrivals through the cardboard time warp including Ulmer's daughter as Ex-Captain Markova and a couple of Prize winning scientists. They all plan on making off with our hero's jet, to get back to their own time zone, without his high minded attempt to avert the plague which has peopled the twenty first century with stock shots from Tiger Von Eschnapur in non-matching B&W from which half a dozen extras in awful, wrinkled bald caps emerge to ravage Sokoloff's military. 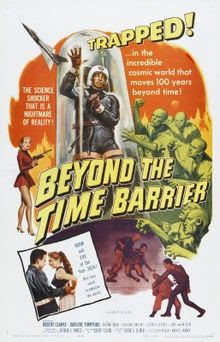 Occasionally the cut-pricing pays, as with our hero in his flying suit, wandering the derelict airport rendered eerie by the lack of natural sound - who came up with the smashed piano? The triangular unit barred cell entrance is a nice piece of designer Fegté's work but does the garden sleeping quarters have to back onto an indoor swimming pool where Darlene skinny dips, discretely cut to her robing up?

Most of the time is spent with the awful support standing in the middle of the set delivering equally awful dialogue. Over familiar scenes like the scientist taking a break from jamming triangle TV and walking Clarke to the convenient blackboard - "Let me Show you." The world of the future actually appears to be full of visual aids with Darlene producing hanging file photos of her family for Clarke.

They didn't do too well on prophesying either "When man set foot on the moon, all men started working together."

Tacky but a whole lot better than its running mate at the Texas State Showground-come studios, The Amazing Transparent Man or most of the awful Ulmer films. What is amazing is that so many people were bluffed by the director's High Art background into believing he had talent.
Posted by Film Alert 101 at 15:12