Way back in the 70s when all sorts of things were done by enthusiasts who sometimes doubled as businessmen like Eddie Allison, Robert Kapferer, Nathan Scheinwald, the Sydney University Film Group and others, Andrew Pike and I took some advantage of the exchange rate of 250 yen or $US 65cents to the $A and bought some films from Japan. That good old tariff wall of the day made some imports very cheap.  Among our modest selection were Kon Ichikawa’s Matatabi/The Wanderers  and Nagisa Oshima’s The Ceremony. We also branched out into some odd choices from elsewhere including Jerzy Skolimowski’s Nabokov adaptation King Queen Knave  and Milton Moses Ginsberg’s political spoof Werewolf of Washington. When I was introduced to Milton in Paris in 2004, for the very first time, he was most apologetic still. There were some enduring masterpieces. Imamura's Vengeance is Mine and Rivette's Celine and Julie Go Boating  spring to mind. It was the start of a lifelong business career for Andrew and the company which he turned into Ronin Films. Over the decades Andrew’s distribution business ranged far and wide and he abandoned art house movies from Europe and Asia but pioneered especially the promotion of Australian documentaries and quality Australian features. But wheels turn and this is the latest news...
Dear Geoff,

I want to let you know that Ronin is dipping its toe again into the art house feature film market.  We’ve just acquired two features: 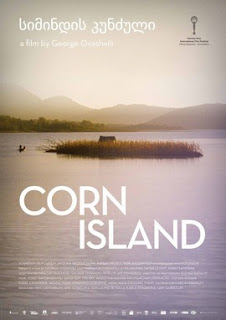 CORN ISLAND (100 mins) - from Georgia:  an understated, perfectly crafted epic, winner of multiple festival awards. With minimal dialogue and gorgeous imagery, Corn Island tells a moving story of perseverance and survival. On a small island in the middle of a river, an old man and his granddaughter farm corn to survive. But their island lies in the middle of territory contested by forces on both sides, and when a soldier washes ashore, their neutrality is tested.  Screened at the Sydney Film Festival, 2015.
See the trailer here:    https://www.youtube.com/watch?v=b5Fc9ydpP_Q
For further information see:  https://www.filmfest.net.au/film/sydney-film-festival-2015/corn-island/ 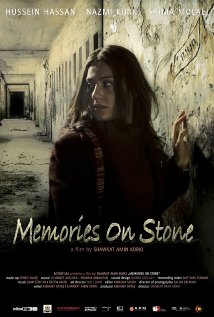 MEMORIES ON STONE (97 mins) - from Iraqi Kurdistan:  a comedy (albeit very dark) from one of the world’s most troubled countries: problems escalate when two friends decide to make a film about the mass slaughter of Kurds in Iraq in 1982. Some of their troubles resonate for filmmakers anywhere: inadequate budget, temperamental stars, censorship, weather. But others are specific: smuggling an actress by donkey across a border, a rogue insanely jealous of his fiancee's scenes with another man, and more. A work of great visual and comedic flair, winner of many international festival awards.
See the trailer here:  https://www.youtube.com/watch?v=kuBFjhUo5C8

Good luck with those fine films and for an immediate start on familiarising readers with the virtues of Corn Island you can check on an earlier blog entry Rod Bishop's review from the Sydney Film Festival which says inter alia Corn Island is an accomplished and exquisite work, made all the more visually impressive by its 35mm shooting stock and rendered with minimal dialogue.