A young cinephile's diary - Shaun Heenan checks out a Bergman classic, a Zulawski with a reputation and then slowly descends into current schlock

I’ve watched a lot of Ingmar Bergman’s films, but I still occasionally struggle with his work. I watched Winter Light (Ingmar Bergman, Sweden, 1963) twice this week, because after a single viewing, I felt like I didn’t have enough of a grasp on it. I did some reading, and on a second attempt I found it to be a powerful, challenging film about the nature of faith. A Pastor named Tomas (Gunnar Björnstrand) serves communion to a very small congregation, including a non-religious schoolteacher who has fallen in love with him. After the service, Tomas is approached by Jonas (Max von Sydow), who is suffering from an overwhelming dread that the world will end in nuclear war. Instead of offering him solace, Tomas admits to the man that his faith has faltered, selfishly throwing the man into even deeper depression. The story is told through a short series of long scenes. The communion is shown in full, showing us the reverence Tomas has for the tradition, letting us know what he stands to lose if he follows through on his doubts. Conversations and monologues run long as well, delving deeply into the inner torment of the characters. Bergman fits a great deal of emotion into this short film (81 minutes), which I understand to be somewhat autobiographical, serving as a confession of his doubts.

After reading about the recent death of Andrzej Żuławski, having never seen any of his work I sought out his film Possession (Andrzej Żuławski, France/Germany, 1981). Much like Winter Light, Possession serves as something of an emotional autobiography, intended to convey the trauma of the director’s divorce. On the surface, this is an utterly bizarre drama, delving eventually into elements of horror. Mark (Sam Neill) returns home from a mysterious mission to discover his wife Anna (Isabelle Adjani) intends to leave him and their son, for reasons she won’t explain. The arguments around this are filled with sweeping shots and unusual close-ups, but the frantic visual presentation is nothing compared to the lunacy of the performances.Neill and Adjani have turned the drama up to eleven, shrieking and convulsing, weeping hysterically and staring at each other with wild, bulging eyes. I don’t know that I’ve ever seen dramatic scenes anything like these. The unreality of these situations is more than a little unnerving. The film proceeds even deeper into the bizarre as Anna appears to summon a hellish creature, which lives in her apartment and helps her become a killer. This film is baffling from start to finish. It runs too long at over two hours, and I’m not sure much of it works, but it is completely unique, and I’m glad to have seen it. I’m interested to know if Żuławski’s other work is anything like this.

Sacha Baron Cohen is responsible for the creation of many amusing characters, each fully realised. He even attends publicity interviews in character as Ali G, Bruno, Borat and Admiral General Aladeen. His latest creation is Nobby Butcher, a working-class Brit from the film (and the town) Grimsby (Louis Leterrier, UK/US, 2016). The character is less outrageous than Baron Cohen’s usual creations, and less interesting as a result, but the film is not without what I hesitate to call ‘its charms’. Nobby discovers his long-lost brother Sebastian (Mark Strong) is a spy, and joins his on a bumbling adventure. Mark Strong does well to keep a straight face through the mania. As is usual for Baron Cohen, the film is wildly, gleefully offensive. Jokes are made at the expense of  celebrities, AIDS victims and so on, including many which I expect would have really bothered me in any other film. But these films have the rare knack for pushing the boundaries so much further than normal that they seem to be mocking the idea of the mockery, and it all somehow starts to feel more acceptable. His jabs at the British working class actually reveal a real love for them, with no intentions of meanness. For the most part, though, the film aims to offend and to disgust, spraying bodily fluids all over the screen whenever it gets the chance. There’s a scene involving the genitalia of a herd of elephants, which is much, much worse than whatever you’re imagining from that description.The film’s main issue, assuming you enjoy that brand of humour, is that Louis Leterrier is terrible at directing action, as he’s proved by creating a long series of terrible action films. When Grimsby briefly takes itself seriously to show some spy-based action, it just falls flat on its face. Overall, I enjoyed this one more than I expected to, even if it is easily the least interesting Sacha Baron Cohen film. 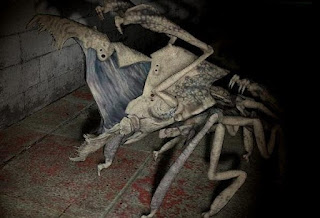 I’ll only speak briefly on 10 Cloverfield Lane (Dan Trachtenberg, USA, 2016), since it trades largely in secrecy. The film was announced out of the blue two months ago, with the production team hinting at a loose connection with the shaky-cam monster film Cloverfield (Mat Reeves, USA, 2008). The new film takes the form of a thriller. Following a car crash, Michelle (Mary Elizabeth Winstead) wakes up to find herself chained up in a cell. She’s underneath the home of Howard (John Goodman), who says he has rescued her from whatever mysterious thing has happened above ground. Goodman (creepy) and Winstead (resourceful) both offer strong performances, and the film is above average for the genre thanks to a solid script. The film’s greatest draw is its greatest weakness, and the Cloverfield connection is where the film falls apart. I’d love to go into more detail, because there’s a lot to say about the true nature of this film, and of its marketing, but it just wouldn’t be fair. As a standalone thriller, though, this is a strong film.

The week’s remaining films can be tackled quickly:

Paranormal Activity: The Ghost Dimension (Gregory Plotkin, USA, 2015) is the sixth film in a horror franchise which has been running for so long that the studio is now too embarrassed to include numbers in the titles. Usually in these films, we see people being attacked in their own homes by unseen forces, but the gimmick this time around is that the protagonist has found an old custom-made video camera through which we can see the demon responsible for the attacks. This visual representation actually serves to make the film less scary, which can’t have been the intended outcome. This will supposedly be the final film in the series, which makes the tease of an ending even more disappointing. I do not recommend this film.


Nor do I recommend Indigenous (Alastair Orr, USA, 2014), another horror film, which I stumbled across late one night on Netflix. In this film, a group of unusually attractive young Americans take a trip to Panama, where they party on the beach for the first half of the film. They read online that tourists have gone missing in a nearby jungle, watch a video of tourists being attacked there by a mysterious creature, and then very cleverly decide to explore the region for themselves. The rest of the film shows the cast sprinting through the jungle at night while screaming each other’s names, as the creature picks them off one by one. This is not an incompetently made film, but it is entirely unambitious, and a total waste of time.
Posted by Film Alert 101 at 13:15