SLIGHTLY OUT OF TUNE. - John Baxter sends in his thoughts regarding THE GREATEST MUSICAL SEQUENCE. 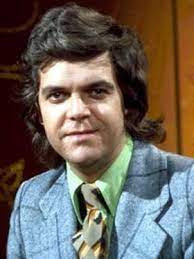 London’s film scene in the seventies was enlivened by programmes assembled by the critic Philip Jenkinson (pictured above) from his collection of clips from antique musicals.  They gave many of us a first look on film at such legends as Ruth Etting and Jane Froman, the young Rudy Vallee and Bing Crosby, as well as a chance to relish those early filmed revues in which chorus lines stamped out heavy-footed routines with the precision (and tread) of infantry on the march,  not to mention bandleader Paul Whiteman, “the king of jazz”,  illustrating its roots by emptying into a giant melting pot a succession of national musical styles – Irish, Spanish, Italian – without a single black face to be seen.

Sometimes Phil included clips from Europe: Tino Rossi, in costumes ranging from gypsy to bullfighter, but always the same reedy tenor;  husky German stars such as Zarah Leander with near-baritone voices to match; Jack Buchanan’s tailor’s dummy presence and the West End tremolo and art deco dancing of Jessie Matthews. And of course Marlene, showing how much could be achieved with two notes – and, naturlich, two legs.

But such clips only proved that musicals were something the Americans did best. Most European performers made their money on stage or with records. Cinema was a sideline. Not so the Americans, who, with the growing output of Hollywood, could afford to specialise.  The greatest artists of the American musical were triple threats in acting, song and dance. Add what James Mason called in A Star is Born “that little something extra” and you had a Garland, a Kelly or an Astaire.

But there were gifted performers too in the group whose “something extra” didn’t quite measure up. Bobby Van danced with the best – look at his rooftop duel with Bob Fosse in Kiss Me, Kate – and possesed an engagingly larrikin acting persona. Fantasising about Betty Garrett’s sister Eileen, a gorgeous young Janet Leigh, creamy and luscious as an eclair, he murmurs, in a line tumescent with implication, “I’ve been turning her over in my mind all afternoon.” But he arrived a decade too late for the golden days of the musical.

Lucille Bremer came closer than many to the pantheon, her red-headed haughtiness the perfect foil to Garland in Meet Me In St. Louis. She and Astaire played off one another sublimely in This Heart of Mine, from the wartime anthology Ziegfeld Follies, as suave jewel thief and his quarry, waltzing through an absurd Harper’s Bazaar set of magenta walls, decorated with white-painted tree limbs and plaster statues with masks.

Her big chance, again with Astaire, came  - and went - in the ill-starred Yolanda and the Thief.  Surrealist dream imagery collided with South American baroque in this catastrophic stylistic pile-up, after which not even the “little something extra” of being the mistress of producer Arthur Freed could save her career. She lacked, her lover decreed coldly, the ability “to carry a film,” and was exiled to the Siberia of the second feature.

A few gems from Yolanda survived the wreck. In one, Bremer’s heiress, convinced swindler Astaire is her guardian angel (I did warn you), tries to make him feel at home by providing a huge gilded harp. Astaire, unfazed  (was any performer less fazable?) sits down at the instrument to pluck and strum out a serenade with an amused arrogance that never fails to charm.

With perfection the norm in musicals, the flawed became perversely attractive. Hoagy Carmichael’s melancholy croak made Johnny Mercer’s words to his own Skylark sound as if they’d been marinated in Jim Beam and hung up to dry in the smoke from a thousand Lucky Strikes, while a gangling Buddy Ebsen’s calculatedly awkward soft shoe in Born to Dance just made the grace of Eleanor Powell appear that much more effortless. One could even enjoy watching Joan Fontaine apologetically faking her way through a sort-of-dance opposite Astaire in A Damsel in Distress.  Such was the alchemy of Hollywood that the feeblest performance did not just shine but caught fire.

Of course we all loved the great setpieces. As the camera craned slowly from long shot into a medium close-up of the stars, meticulously groomed and coifed, and their high-priced throats opened to reveal each tonsil chromed to a gleam, all else receded as we luxuriated in their expertise. But at such times, the writer in me often fidgeted.  In narrative theory,  recourse to song and dance is justified only if the characters can express themselves in no other way. And the problem with show-stoppers is they often also stop the story stone dead.

I treasure those moments in film where, without an appreciable shifting of gears, the performers pick up in song and dance what they can no longer convey in words. In such a moment from New York New York, Robert DeNiro’s jazzman auditions for club owner Dick Miller.  As the men nearly come to blows, wife Liza Minnelli steps in with an a capella You Brought a New Kind of Love to Me and, dancing around De Niro, coaxes him, in a bar or two, into an accompaniment, then a duet. Brief and satisfying, it’s a sequence worth it just for Minnelli’s crazy pie-crust hat. (There is a copy on YouTube )

Then there’s Peter Bogdanovich’s What’s Up Doc?  Ryan O’Neal emerges from a hotel elevator at a floor under renovation. Sitting down at a fortuitous piano, he pulls a sheet off the instrument to reveal a recumbent Barbra Streisand. “C minor seventh,” she says conversationally and, as he, bemused, plays that chord, she eases into As Time Goes By, while, in the picture window behind them, San Francisco disports itself in the Californian sunshine. That the same director could make the overblown live-recorded At Long Last Love is yet another demonstration of the hubris that can destroy the most gifted.  But isn’t it by the reflected light of its failures that the musicals’ diamonds shine?

Editor’s Note: John Baxter’s note above is, in part, a response to a piece by David Hare in which proposed that "the greatest number ever written for a musical or a movie!" is 'Make Believe' from SHOWBOAT (George Sidney, USA, 1951).

You can read David’s thoughts if you click here

Contributions and reactions are welcome. Send them to filmalert101@gmail.com