On Vimeo - Janice Tong recommends WITTGENSTEIN PLAYS CHESS WITH DUCHAMP OR HOW NOT TO DO PHILOSOPHY (Amit Dutta, India, 2020) 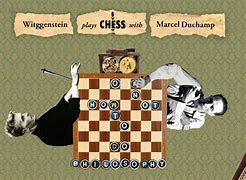 Based on an essay of the same name but slightly extended, Wittgenstein Plays Chess with Duchamp or How Not to Do Philosophy: Wittgenstein on Mistakes of Surface and Depth by Steven B Gerrard, the Professor of Philosophy at Williams College

As its title suggests, this alluring animated short film directed by Amit Dutta takes you into an imaginative intellectual journey that is at once beautiful to look at - the animation of Ayswarya is a palimpsestic tease to the eye and her narration crosses the boundaries of philosophy, art, literature, chess and mathematics; and is also conceptually stimulating.

The husband and wife pair balances each other out, Dutta has talked about his own drive and earlier creative surge that was at once unpredictable and free; since their collaboration started, Ayswarya has brought a close reading of texts and research to his work - and you can really see her influence and the melding of their works over the last 3 films they made together: Chitrashala, Drawn from Dreamsand Wittgenstein.

I was lucky enough to catch quite a number of Dutta’s films #mubi at the end of last year; although I would have to say that this auteur is not well-known outside cinephile circles.

So different is this film to his earlier work, Sonchidi (The Golden Bird)which I particularly liked, a kind of philosophical pilgrimage with sci-fi overtones (let’s face it, most pilgrimages have a strong notion of the extraterrestrial to them) that was beautifully shot with a Titian colour palette in parts. The meditative landscapes are reminiscent of Albert Serra’s work, but so very different from Serra’s own film Birdsong, which also had a pilgrimage at its heart. 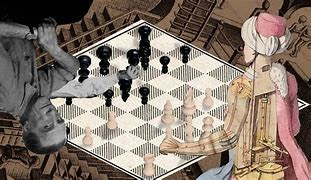 It is very interesting to hear Dutta speak about his cinema - he is totally uninterested in the collective viewing experience; for him, cinema is about that very intense and intimate relationship of the individual - so the experience of Dutta’s cinema is through your device, your laptop or hand-held device - it is a very direct form, almost encroaching of your personal space and intellect. Dutta has said that he wouldn’t entertain the idea of having a theatrical release of his films because he feels that theatres are not controlled environments - as a viewer you can easily be distracted by others; he likens the viewing of his films to that of reading a book, and it is just not the done thing, to attend collective reading sessions. As such, his cinema is more intimate

Dutta is a important figure to watch in avant-garde cinema (if there’s such a thing anymore); where the beauty of ideas is fused with the beauty of the cinematic.

For those of you interested in the essay, you will find it at Toutfait.com, a Marcel Duchamp studies online journal.

Let’s be reminded of the Tractatus:

1 The world is everything that is the case.∗

1.1 The world is the totality of facts, not of things.

1.11 The world is determined by the facts, and by these being all the facts.

1.12 For the totality of facts determines both what is the case, and also all that is not the case.

1.13 The facts in logical space are the world.

1.2 The world divides into facts.

1.21 Any one can either be the case or not be the case, and everything else remain the same.

Currently all of Dutta’s films (except Wittgenstein) are available to watch on #vimeo through Mantra Publications. Sonchidiand The Seventh Walkare available on #mubi in the library section if you’re in Australia. If you want to watch Wittgenstein Plays Chess with Duchamp, you’ll have to go to this #vimeo page.