On Online discussion about Patricia Highsmith and THE TALENTED MR RIPLEY. 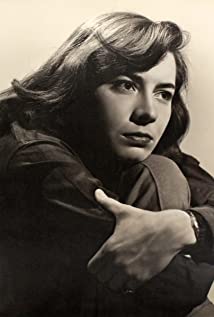 On April 22, watch a virtual discussion on the book, featuring the writer Edmund White in conversation with T features director Thessaly La Force, that will address questions from readers. And, in the weeks leading up to the event, look for articles on the work and its author at tmagazine.com.OK ......WHAT IS THIS DOING HERE....Back in the year 2000, when the remake of The Talented Mr Ripley (Anthony Minghella, UK, 2000) came out, I wrote a piece for Senses of Cinema (here) which began: In 1976 I met Patricia Highsmith at her house in Moret, a tiny village near Fontainebleau. The encounter did not last very long, perhaps three quarters of an hour, and did not lead to any enduring correspondence. Highsmith’s distraction at the presence of this Australian enthusiast was not allowed to last. I missed the local train back, walked all the way to Fontainebleau and allowed a couple of things to stick in the memory which I will refer to later. Let me start at the beginning.

Sometime early in the ’60s I saw the poster image of Alain Delon, stripped to the waist, impossibly handsome, at the wheel of a sailing boat, over the bold title Full Sun (not Purple Noon, as it was called in America). Then there was the film – a sleek glossy thriller, unlike any American film I knew, which to the innocent eye looked like a New Wave movie. It was a film whose characters have American names (like that of Charlie Kohler in Truffaut’s Tirez sur le Pianiste [Shoot the Pianist, 1960]). There was luscious location shooting, lots of slippery handheld camera work by Henri Decaë, loads of white and blue natural light. (Colour wasn’t a feature of the early New Wave pictures but I could not distinguish the films from each other then. After all, we were denied A Bout de Souffle [Breathless, Jean-Luc Godard, 1959] and any films by Rohmer or Rivette or Varda or Demy. For a while, those three little sex comedies with which Phillipe de Broca launched his career were, so were told, the essence of the French New Wave.) Full Sun (Plein Soleil, René Clément, 1959)featured an amoral hero of complete fascination. If ever a film turned an actor into a star it was this was one. Alain Delon as Tom Ripley seemed to epitomise so much beautiful grace, despite playing a character who was gauche and out of his depth socially. But his darting watchful eyes served a character who wanted to get inside other people’s skin. Delon was the epitome of the romantic bad boy at a time when amoral heroes in Chabrol’s films and Truffaut’s films were all the go – even without Belmondo’s Michel.The source material only registered on a second viewing, a novel titled The Talented Mr Ripley by Patricia Highsmith. I started reading Highsmith at a rapid rate. At that time she had published seven or eight novels which she once described, very simply somewhere, as books in which she studied the effects of guilt on her characters. Whether her characters had committed a crime or not, did not make much difference. One of the exquisite ironies of her narratives was that sometimes the most innocuous and innocent act would have the most devastating consequences. In others, elaborate facades, inevitably leading to murder, were erected by people whose psychology was so far off the rails as to render them impervious to any thought of apprehension. The Blunderer,  filmed in 1963 by Claude Autant-Lara (as Le Meurtrier, a film I’ve never seen), featured as its hero a man who buries a carpet in an attempt to simulate the feeling of burying his errant wife. This trivial stupidity leads to his doom. This Sweet Sickness, directed by Claude Miller in 1977, tells of a man who constructs an extraordinary separate existence for a woman who knows nothing of his infatuation.Then there was the character of Tom Ripley, almost an antidote to the other Highsmith creations. Ripley is the street smart, smooth operator who feels no guilt at all, a man who can rationalise deceit, lies, criminal behaviour and even murder in a way not even the sharpest politician could equal. Highsmith’s opening lines of The Talented Mr Ripley quickly establish two things. Ripley is fearful of apprehension and he is already involved in a minor but elaborate piece of criminal confidence trickery.” 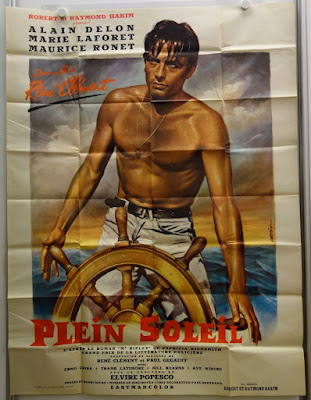 I’ve loved Highsmith’s books forever and her reputation has endured, including her reputation for holding more than a few unsavoury views. I made a point of buying first editions of all of her books and save for one, a children’s book, I collected the lot. I sold most of them off in a recent fit of downsizing though the set of US firsts of the five Ripley novels plus some airmail correspondence are still up for offers.

All of which is grist for the Highsmith mill which grinds on remorselessly. Her fame endures and if you would like to know more then I would suggest you take advantage of an online discussion that is going to take place on 22 April emanating from New York, the details of which may be found IF YOU CLICK ON THIS LINK