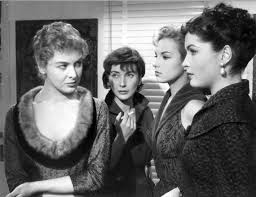 In the 1950s Antonioni made six feature films of which Le Amiche (1955) stands out for giving full rein to a developing aesthetic focusing on women who have lost their way amidst the anxieties of modern life. 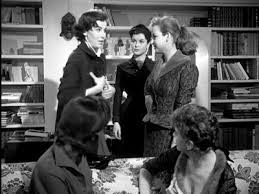 In his fourth feature film, from 1955, Michelangelo Antonioni turns a glossy romantic melodrama of modern prosperity inside out to reveal the essence of modernity itself. 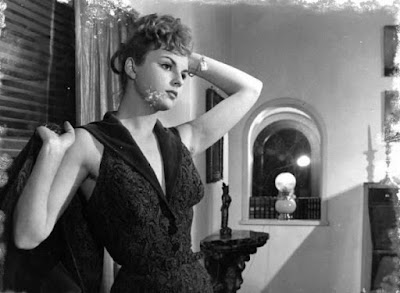 Having been made in 1955, Le Amiche  falls well before director Michelangelo Antonioni’s most vaunted period (the early 1960s), and isn’t nearly as esoteric as the work that followed. And certainly one could look at it and note aesthetic/thematic concerns of alienation, loneliness, and the impossibility of true human connection that would increasingly consume him, but as true as that may be, it does a disservice to a piece that is in and of itself magnificently accomplished and tremendously moving.

… The film’s title translate to “The Girlfriends” in English, which is a bit of quiet irony unusual for the time. The women in the film are friends insofar as they spend an awful lot of time together, confiding their thoughts and feelings, but Antonioni isn’t shy about exploring the gamesmanship and competitions prevalent in so many female friendships. It’s not that they don’t care about one another; they just care about themselves a little bit more. 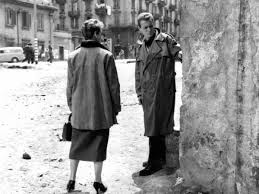 …what makes [Le amiche] so bracing -- so sad and, sometimes, so funny -- is that its heroines are fallible, flawed, vain and powerful, each in her own way. They often make one another miserable, but their company is always a pleasure.”

Tickets on sale at the Ritz box office from 10.00 am.  If you buy your tickets at the Box Office you can redeem the NSW Government Dine and Discover vouchers.