Editor's Note: I've never met Simon Killen but he's a "Facebook friend". I noticed these postings and thought it remarkable that a distributor, even one whose work is in the niches of quality cinema would put his hand up like this. Simon's day job is at  Hi Gloss Entertainment  where he distributes titles like Kedi

And the lists commence! Change of format this year - first, the ten films I did not see, but I'm sure many would have competed in the favourites list. Drumroll.....1. GOD'S OWN COUNTRY, 2. LADY MACBETH, 3. I AM NOT A WITCH, 4. A GHOST STORY, 5. MOTHER, 6. THE MEYEROWITZ STORIES, 7. THE FITS, 8. MUDBOUND, 9. LOST CITY OF Z (twice had tickets, twice missed

2017, you've been a good time. And after much fussing around, I've chosen 10 most excellent drama films that lit the year up for me. And tomorrow I'll add 5 documentaries, and 5 repertory rippers as well. In no special order: 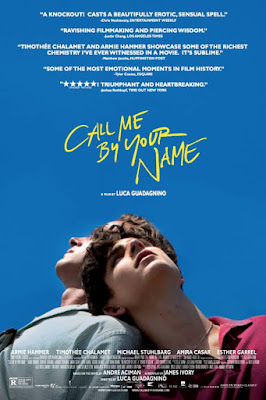 CALL BE BY YOUR NAME - Luca Guadagnino presents sun-kissed rococo splendour in a love story not soon forgotten.

HELL AND HIGH WATER yeah, it's technically 2016, but was early 2017 in cinema for me - nearly a complete modern film noir that posits a chilling American state of mind.

FLORIDA PROJECT - speaking of American state of mind, Sean Baker and his team on the fringes of Disneyworld in Florida offer pure joy in straitened circumstances. Colour and joy. 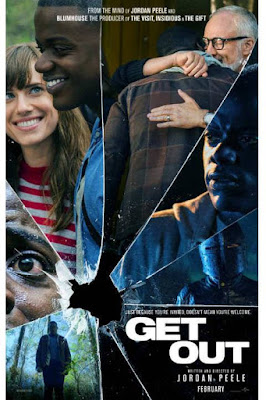 GET OUT - another thoroughly entertaining portrait of modern USA (theme developing here?). By turns amusing, and chilling - but much more of the latter.

MY HAPPY FAMILY - you can actually watch this film right now - it's bypassed cinemas with a Netflix deal. A muscular, heartfelt and passionate rendering of a woman's bold departure from the heart of her family. Ia Shugliashvili as the mother who sets her own course (and sings like an angel) is stunning. Push the Netlix button whenever you have a couple of spare hours. so good. 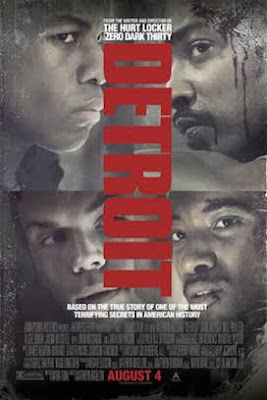 DETROIT - Kathryn Bigelow, as is her wont, gives you precious little time to take a breath as she sets up nerve-bending drama from frame one that doesn't let up. Period reconstruction is fine, and the things I learnt about The Dramatics blew my mind.

GOOD TIME - The Brothers Safdie have their scuzzy downtown New York aesthetic elevated by the presence of Robert Pattinson, who is great, but the Benny Safdie acting here is some of the best I saw this year. It's bravura cinema at all levels. Muscular, memorable, and soundtracked brilliantly by OneOhTrix Never.

And speaking of soundtracks, BABY DRIVER is a galvanising good time of a different type that seems to come second all the time to a soundtrack literally without peer. Opening with JSBX, giving Focus the best screen time ever, and giving Dave Brubeck prime position, Baby Driver spins off from Walter Hill's THE DRIVER in pretty damn satisfying style.

Finally, another film that fell foul of the damn streaming windows, and thus missed the theatrical exposure it so richly deserved, Bong Joon-ho's OKJA was riotous fun on the big screen at Cannes in May. What happens when you give Bong no budget limit? OKJA happens. On Netflix now. Get some kids in, turn up the volume, do your best to pretend Jake Gyllenhaal actually isn't there at all!

That's 10 I think...... and films that really should have been there: MENACHE, LET THE SUNSHINE IN, and I have a real soft spot for THE BEGUILED. The resurrection of Nicole Kidman in my mind this year pretty well never stopped in its ascent. Between this film, TOP OF THE LAKE, and KILLING OF A SACRED DEER, she was everywhere. And she was imperious by and large. .....and bloody terrific.


ABACUS: SMALL ENOUGH TO JAIL
THE GO-BETWEENS: RIGHT HERE
FACES, PLACES
LUMIERE!
EX-LIBRIS
Non-fiction reading and documentaries grab more and more of my attention as I get older, and wish I'd known all this stuff when I was younger! It's been a crackerjack year in the doc field, but here are 5 that rocked my world:
ABACUS: SMALL ENOUGH TO JAIL - a film about simple dignity as much as about the abject failure to actually prosecute actual criminals from the last Wall St theft of US resources in 2008. A patient and rewarding tale of one family who stood up and said no.
THE GO-BETWEENS: RIGHT HERE - as a life-long fan of the band, I dutifully rolled up expecting to enjoy the film. What I didn't expect was to see such an artfully constructed, thoughtfully imagined document. Kudos to director Kriv Stenders.

FACES, PLACES - Never (I would argue) has Agnes Varda been quite so playful. The creative sparks that fly when she and French artist JR toodle around France make for a simply joyous shared viewer experience. A film that made me feel better just for spending time with it.
LUMIERE! - A selection of 50 second films by the Lumiere Brothers compiled for a feature film may sound mundane - it absolutely is not. It's invigorating, and wholly illuminating, it features much joy without abandon. Cruelly under-screened.
EX-LIBRIS - Frederick Wiseman takes a year to get underneath the skin of the substantial spread of the New York Public Library. A study of New Yorkers, a cri de coeur for the value of artfully managed public space. Similar to GO-BETWEENS RIGHT HERE, my expectations were high, and they were exceeded. 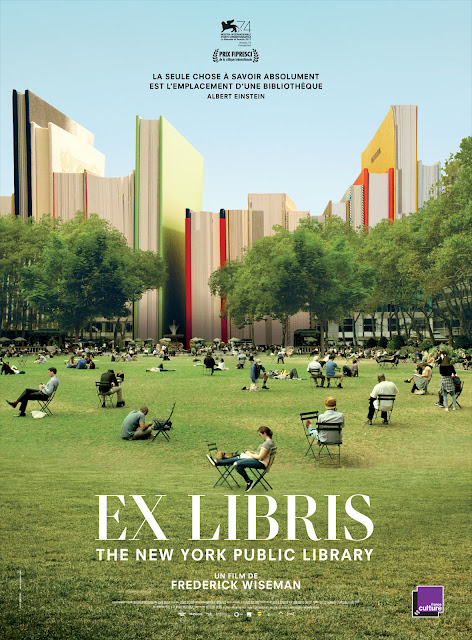 Final 2017 list: the repertory one.
Away from all the hustle, all the marketing hoo-hah, I - and you - can always take solace in the repertory streams.

Centrepiece of the feast will always be the Melbourne Cinematheque, but there's more ways to see great cinema than ever. I've selected 5 of the highlight screenings this year. In my humble opinion of course!


The Astor Cinema was saved, and that's where I start this year with a 35mm screening of PICNIC AT HANGING ROCK. Advertised as a digital print, it was not, and the early seconds made me nervous, but after the clicks and pops were gone, it was a darned lustrous print with near- perfect audio, and I got lost in the film's nutty gothic for the first time in ages.


Back to the Cinematheque, and another 35mm print - THE DRIVER by Walter Hill (as part of a Walter Hill season). I believe this is the final piece of the testosterone-filled 60s/70s car films for me - and what a way to complete the series - it's utterly relentless, it's a ballet of high octane speed and quite brilliant soundscapes. Discovering on later reading how it's taken decades for the director to even partly acknowledge its genius made me even happier. Without this film, no BABY DRIVER. No way.


Still at the Cinematheque, and THE THIEF OF BAGDAD, 1925 silent film, and part of the Raoul Walsh retrospective. The arrogance of Douglas Fairbanks is tamed to perfection in tandem with astonishing set designs by William Cameron Menzies - jaw-dropping in several instances in first 30 minutes, and I don't expect that from silent cinema.

GERMANY YEAR ZERO is part of my discovery, arguably years too late, that Blu-ray is an essential media

:(. Screened as part of the Rossellini war films set that BFI issued, its wonders are many, not least how the damn thing was made at all, and the simply unbelievable expressionist tinges shortly before the finale.

Finally, a perfect reconstruction from Czech Republic screening at MIFF, IKARIE XB-1. Made in 1963, a film as old as I is as fresh as the peaches I harvested this morning - a b+w sci-fi feature that holds up exceptionally well - far from a giggle fest, instead a stylish, smart and questioning drama that never bores.