It's been a year marked most by the loss of Sylvia Lawson and Robert Herbert, both really missed. I'd known Sylvia around the traps, as it were, for some time, but I really got to know her when she started writing for Filmnews, and then, a little later, when she became a member of the editorial collective (later the editorial board), on which she played an incredibly useful, productive and at times very provocative part.

And after Filmnews died she continued as its champion, often arguing that its editorial approach was something that more current film publications seriously lacked. We remained friends, probably talking three or four times a week on the phone, and often at the same events and functions, especially the Sydney Film Festival and at special screenings.  Funnily enough, we hardly ever went to a film together, I think because we both liked to see films on our own (although we did often pass and compare notes in the foyer of the Dendy Newtown, our local cinema.)

But we'd always talk about the films we saw, or were going to see, all the time. and I really miss that.

And Robert Herbert gone too, but it's good to know that the screenings at the Art Gallery of NSW, which he really created from nothing, will continue, and it's lovely to hear his voice in a gentle warning about audience behaviour before every film.  His program earlier this year, to coincide with an Asian exhibition, wonderfully screened some early Hou Hsiao Hsien films (Dust in the Wind, A Time to Live and a Time to Die, and the incomparable City of Sadness) as well as the still enigmatic The Black Cannon Incident.  It also brought out a huge Taiwanese/Chinese audience, who, as they do, talked through the films.  Robert had organised a slide in Chinese which I presume sternly warned them against such chatter, but I don't think it worked very well. Because I sit right down the front, it didn't bother me too much, but others complained bitterly. 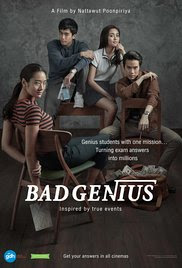 But I didn't see as many Asian films during the year as I usually do; the commercial releases were often not tempting. However I did like The Devotion of Suspect X (Chinese version), 29 + 1, Love off the Cuff, A Taxi Driver, The Adventurers,  The Outlaws, and especially the clever Thai film Bad Genius. And from the Korean film festival I discovered Our Love Affair and of course Hong Sang Soo's The Day After, while Kyoshi Kurosawa's haunting Daguerreotype turned up in the French FF.

And of course, at the French FF, there was Bertrand Tavernier's engrossing Journey through French Cinema (with its promise of more to come), topped up during the year with screenings of Pierrot le Fou and Le Doulos in the Belmondo retrospective, and rounded off with Visages, Villages, Agnes Varda's unexpectedly lighthearted look at all sorts of loss. 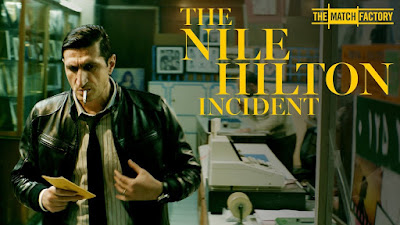 The Sydney Film Festival was good again, as I was back in the front stalls (after my terrible SFF in the mezzanine last year); I worked out several ways of getting out via the inside stairs by either sneaking out early or waiting until after the session changeover, which was great.  Highlights, out of a pretty good program, were the sublime I Am Not Your Negro, the wonderful The Farthest, The Untamed, On Body and Soul, Wind River, The Nile Hotel Incident, Spoor, Wolf and Sheep, Risk, 78/52 (the engrossing and very enjoyable analysis of the shower scene from Psycho), and the documentary on Toshiro Mifune, (as well as seeing High and Low again).  And then there was 76 Minutes and 15 Seconds with Abbas Kiarostami, a lovely collage of the great filmmaker at work, on location shoots and at home - he is such a loss.

I haven't seen much theatre on screen this year, after my Shakespeare binge last year - but I did see a pretty stunning RSC production of The Tempest, and then St Joan with a terrific performance by Gemma Arterton.  But the best two things: the British Museum's Hokusai, with a straightforward but riveting documentary on his life, and then a walk through the BM's Hokusai exhibition (so much about him I didn't know, and so much work I'd never seen), and then the absolute pleasure of seeing John le Carre, just sitting and talking on stage, presenting An Evening with George Smiley -   a delight.

Another delight this year was the Studio Ghibli celebration.  Although I've seen most of the films several times (some many times - that's what happens when you have grandchildren) I decided to see as many as possible again, on the big screen, so to catch Japanese language versions in daytime sessions I found myself dashing between Dendy Newtown and several different Event cinemas, and even discovering one that I hadn't seen - Ocean Waves. 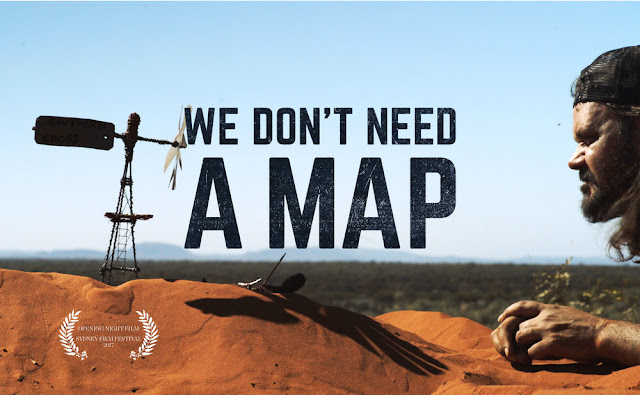 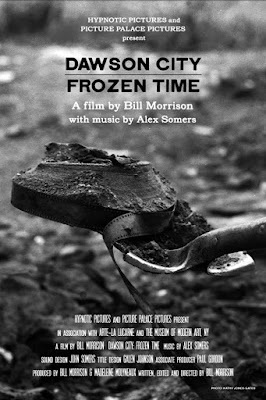 I agree with Geoff about the Australian films released this year, and the only features I liked were the charming Ali's Wedding and especially the clever, low budget and very inventive That's Not Me.  Why can't they make more films like this? Australian documentaries were more rewarding, especially The Family, The Namitjira Project, Mountain, and Warwick Thornton's terrific doco/essay/statement We Don't Need A Map.  And speaking of documentaries, I loved Where is Rocky II?, Naples '44, My Year with Helen, and Citizen Jane.  And then of course there was my big discovery of Dawson City - Frozen Time!

But looking back over the year, especially considering that I've become much more selective, I'm amazed that I have still seen so many films, and actually really liked as many as I did (including  some guilty pleasures: Kong - Skull Island, Wonder Woman, and Thor Ragnarok were big movies that I thoroughly enjoyed). However, apart from the films I've already mentioned, here's my cinematic year of viewing pleasure: Manchester by the Sea, Planetarium, The Unknown Girl, Hidden Figures, This Beautiful Fantastic, Moonlight, Personal Shopper, Colossal,  the strange and touching Sylvio, Franz, Neruda, The Lost City of Z, the ravishing Song to Song, the baffling but fascinating The Ornithologist, and then I ended with probably the loveliest film of the year, Lucky, with its last glimpse of Harry Dean Stanton.
Posted by Film Alert 101 at 21:04