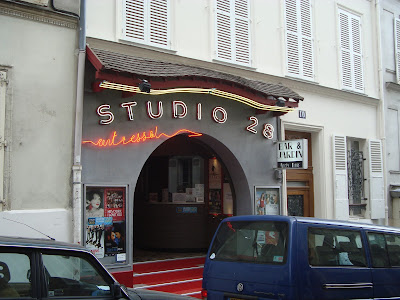 From our apartment in the 9th arrondissement, a 15-minute walk to the north takes me to Montmartre’s still-thriving Studio 28 (site of the L’age d’or riot; home to chandeliers designed by Cocteau), which continues mixing second-run repertory programming with ‘avant-premieres’ and director talks. This week alone I had the option of seeing the premiere of Sophie Blondy’s L’étoile du jour in the presence of both Blondy and star Denis Lavant, an afternoon screening of Bertrand Tavernier’s epic Journey Through French Cinema, or (if I had been feeling masochistic) a catch-up viewing of Oliver Stone’s Snowden. 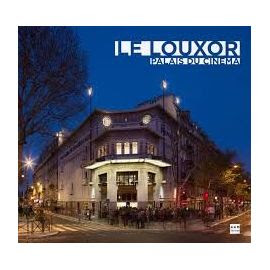 Twenty minutes to the east of our place, the Cinéma des Cinéastes multiplex is offering, among other things, Captain Fantastic, Mungiu’s Graduation, and Park Chan-wook’s The Handmaiden. And the jewel in the crown of our local arthouse cinemas lies a mere eight minutes away, again by foot, to the east: the Louxor, a fully refurbished, Egyptian-style 1920s movie palace with three state-of-the-art screening rooms (the largest of which, aptly named the ‘Salle Youssef Chahine’, sports two balconies) and a rooftop patio bar. There, I could see what Brillante Mendoza has been up to with Ma’ Rosa, get my dander up in Ken Loach’s I, Daniel Blake, or watch beautiful abstract explosions connote the end of the hippie era courtesy of a re-issue of Antonioni’s Zabriskie Point. (Programming quibble: who the hell programmed that for 10:30 a.m. on a Sunday? On the other hand, if the Louxor crew can get an audience for a rehabilitated classic like ZP on a Sunday morning – as the they evidently can, given there is always something interesting slated in that time slot – more power to them!)

All of the above is a rather longwinded way of saying that cinephilia does seem as strong as ever in Paris. Of course, all three of the above-mentioned cinemas benefit from enlightened state and city programs that subsidise both operational costs and equipment upgrades. This muddies the waters a little bit when trying to determine exactly how much of that cinephilia resides in the souls of audience members as opposed to budget functionaries in the mayor’s office, but the fact that a recent 10:00 p.m. screening of Fritz Lang’s Man Hunt that I attended at the Louxor  – an event that was accompanied by a scholarly introduction and a post-film discussion – was 75% full is strong anecdotal evidence that the love of cinema continues to flourish here. Given Netflix’s slow progress in the French market coupled with a French law that makes it impossible to (legally) stream any domestic cinema releases until 36 months after the theatrical release, I think cinephilia is likely to continue to flourish (at least until Donald Trump does something to bring about the end of civilisation).

Jack Vermee is a film programmer, writer, editor, educator and musician born in Canada and now living in Paris. He has worked for the Vancouver International Film Festival since 1987, chiefly as editor of and major contributor to the uniquely excellent program book issued by the festival. He currently serves as a programming consultant and associate editor at VIFF.
Posted by Film Alert 101 at 13:45