The nature of cinephilia is constantly in flux, and at times keeping up with what’s happening or important can be a challenge.  So, with the face-saving proviso that if I did this tomorrow it might be very different, here goes.

STREAMING and all the new delivery systems. 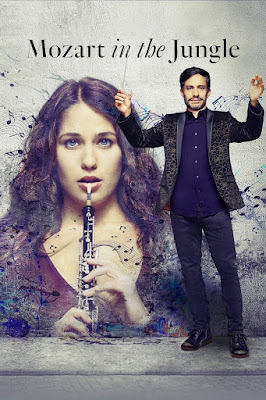 Technology has raced way ahead of me. I never quite got into Pay-TV. And I haven’t yet signed up for one of the streaming networks.  But I have to acknowledge that so much more content (at least in quantity) is available this way.  Apart from the subscription behemoths like Netflix, we’re starting to see smaller pay per view services with more ‘curated’ offerings.  See for example Senses of Cinema dipping its toe into this pond. Some of the streaming services are initiating their own content in ‘long form’ and some of this has been outstanding.(The Night Of  from HBO,  Mozart in the Jungle from Amazon Studios).But the technology can also work to stop you seeing that special film or series.  Geoblocking is becoming more effective, and so in Australia we can find ourselves more locked out of access to films that should be part of the whole world’s cultural resources, and valuable works that once would have become DVDs we could get are disappearing.

BLOGS
Another problem with all this on-line material is simply knowing what’s out there and where it is.  One effect of the internet technologies has been the explosion of opinions too often from people who haven’t got much worth saying.
But there are always the exceptions. Probably top of my list would be Observations on Film Art, the blog site for David Bordwell and Kristin Thompson .  It’s a reliable site for insightful pieces into both new films and classics, a stepping stone to material you didn’t know about, or to a better understanding of something you did know already.

And let’s not forget Film Alert 101, and say thanks to Geoff Gardner for this.  It’s evolved into a wonderful and rich source for a range of comments from a range of people with interesting comments on film, and a place with important information on happenings in the wider film scene.

KING OF JAZZ.
This 1930 two-strip Technicolor musical directed by John Murray Anderson has been rolling out around the world this year in a new restoration.  But it’s not the film itself that gets the place in my llst, but the book by James Layton and David Pierce on the film, its creation and its fullest context, and the story of its life from its first release to the emergence of the restoration.  This detail is fascinating and rich. Layton and Pierce produced the wonderful The Dawn of Technicolor a year or two back.  This new book has the same depth of research, and gathering of wonderful material to illustrate its content.  The irony perhaps of this standard setter of a book on an individual film is that the authors themselves recognise that the film has, to say the least, limitations. Here, the book is greater than the film.

RESTORATIONS
Which provides a segue into acknowledging another important aspect of current cinephilia – the restoration.  Perhaps it’s not fair that we cinephiliacs love a medium that has turned out to be so fragile. So let’s honour those scholars and lab. workers who are putting in so much work into discovering, rescuing and restoring our cinema heritage so we can continue to love it.  And this lets me honour Bologna’s Cinema Ritrovato where so many new restorations are launched into a new life. This year, this ranged from mere fragments from the very first years of Cinema, silent masterpieces such as Fritz Lang’s Der müde tod (1921), French ‘forties works like Quai des Orfèvres (1947) and Adieu Bonaparte (1985) from Egypt’s Youssef Chahine.  A sign of the ephemeral nature of film – even Scorsese’s somewhat recent (1993) The Age of Innocence has been restored. 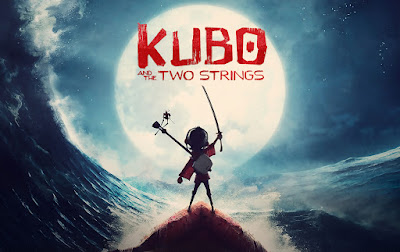 Animation is not one of most favourite genres. Most of the time, we only seem to have access to technically accomplished, superficially polished and empty works like so much from the big American studios. But this year several animations came my way that gave me such pleasure, and showed what could be achieved. The Red Turtle (Michaël Dudok de Wit) was promising, using animation to explore a story with significant ideas to be explored, but ultimately it was let down by a rather lifeless animation style, especially for the major characters. But then came My Life as a Courgette and Kubo and the Two Strings.  Courgette  ( Claude Barras), showed animation could explore childhood angst and resilience with warmth and intelligence and humour. Céline Sciamma, one of the scriptwriters and the director of some other telling French films (e.g. Girlhood), was surely an important contributor.  And Kubo and the Two Strings (Travis Knight) has been one of my most delightful joys in a cinema this year, and I shared my excitement at the time, thanks to Geoff’s blog (see comments above!)  and you can click through again here.

Peter Hourigan is a Melbourne based writer and teacher.
Posted by Film Alert 101 at 04:00