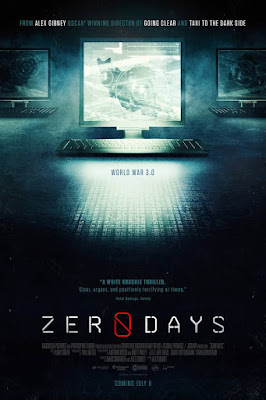 It comes on like a geopolitical spy thriller from John Le Carre. Israeli on-the-ground assets (probably double agents) use a USB stick impregnated with a unique virus to contaminate the computer systems at Iran’s nuclear development facility in Natanz. Once contaminated, the untraceable virus, developed by the USA and Israel does the rest by selecting and destroying the uranium producing centrifuges and remaining undetectable from the plant’s supervisors.

All goes swimmingly until the Israelis decide the worm is not sufficiently slowing down the Iranians. The Israelis are accused of having mutated the virus and used commercial contracting companies within Iran to re-contaminate Natanz. Trouble is, these companies also do business elsewhere and those little “upgrades”, so necessary to their computing systems, unsuspectingly carry the virus around the world.

Enter the common-or-garden Norton internet security guys from Symantec Research Labs, Eric Chien and Liam O. Murchu. They can’t believe their luck – an unimaginably sophisticated and almost untraceable computer virus that could only have been coded by a nation state with the potential to disrupt not only nuclear plants, but power grids and all essential infrastructure. It’s Geek Heaven.

Director Alex Gibney has these two Symantec virus specialists take us through this discovery (they called the worm Stuxnet). They realized it specifically targeted Siemens programmable logic controllers to do whatever the Bad Guys or Good Guys might want. Gibney uses a series of talking heads from various agencies to tell us over and over again “no comment”, “next question”, “nothing to see here”.

The North Americans may have invented the term “blow-back” to describe the unintended consequences of their foreign policies in places like Vietnam, Chile, Central America, Iraq, Iran and Afghanistan (to name just a few from the recent past), but they never seem to see it coming.
The Iranians promptly retaliated with their own cyber warfare, recruiting their own Cyber Army from large numbers of Iranian geeks outraged by the Stuxnet attacks. They are accused of cyber attacking American interests in Saudi Arabia and closing down the American banking system. Iran also sourced a whole lot more centrifuges from Pakistan to replace those destroyed.

Towards the end of Zero Days, Gibney runs another series of American talking heads proposing international treaties to stop destructive computer worms being used as military weapons. I could not detect a trace of irony in any of these pleas.

It’s a gripping two hours and expect it to turn up as a serious contender for Documentary of the Year.


Alex Gibney’s output these past four years has been remarkable: seven feature length documentaries We Steal Stories The Subject of WikiLeaks (2013); The Armstrong Lie (2013); Finding Fela! (2014); Mr. Dynamite: The Rise of James Brown (2014); Going Clear: Scientology and the Prison of Belief (2015), Steve Jobs: The Man in the Machine (2015), Zero Days (2016) and five episodes of various television documentary series.
Posted by Film Alert 101 at 22:34