Mataungan - A Lost World. Rod Bishop* tells the story of the retrieval of a piece of Australian documentary film history

An email arrived from Lisa Hilli, someone I didn’t know.

“I'm getting in touch to hopefully speak to you about your involvement in the documentary film of the Tolai political movement - Mataungan and if any of the film footage remains? I myself identify as a Tolai (PNG) / Australian.  I was born in Rabaul to a Tolai mother and Australian father and migrated with my family when I was two years of age….”

She was asking about an uncompleted film from 44 years ago…the next generation had come looking for it.

I was a student at La Trobe University in 1972 when  Dr Heinz Schütte, a specialist in Third World development, asked Peter Beilby and me to make a film in Rabaul, Papua New Guinea. Heinz had received a grant from the Experimental Film and Television Fund, the fledgling government production entity.

We hastily found a cameraman (someone we barely knew) and for six weeks in Rabaul in early 1972 we were under the guidance and protection of the Tolai People of East New Britain. We started work on a documentary focussed on their extraordinary battle against the Australian colonial administration. The Tolais had essentially “dropped out”, refusing to co-operate with the white administration and raising money for their counter-administration (The Mataungan Association) through coconut donations and a copra industry. The District Commissioner Jack Emanuel had been murdered by perpetrators using a Japanese bayonet from World War Two. A new Court House had been built and, in the dock, a group of bare-chested Tolais were chained together.


At the end of the shoot, we had footage of Tolais clashing with police over land disputes; Tolai leader John Kaputin selling shares in the Mataungan Association in return for coconuts; Mataungan marches through the streets of Rabaul; Oscar Tammur speaking to market crowds from the back of travelling Mataungan trucks; Kaputin in Melbourne addressing an academic seminar; Tolai leader Melchoir ToMot outlining the Tubuan secret society, its relation to Tolai culture and the Mataungan Association; Tubuan ceremonies and boys’ initiations; and the Tolai poet Apisai Enos describing the love songs, composing songs, states of madness, visions, spirits’ companions, magic and the oral literature of the secret Buai na pepe.

There was more - thousands of feet of 16mm film. But it disappeared along with the cameraman Chris O’Neil and one of our 16mm cameras. We have never heard of him again. Some say he secretly changed his flight back to Australia and took his own heart-of-darkness voyage up the Sepik River. Others say he went to Greece. The ABC staffer in Rabaul had a letter from the cameraman saying he was coming back to Rabaul, “have no idea what boat he’s coming on – but I guess he’ll turn up”. He didn’t. Heinz Schütte pestered the cameraman’s family, but received a hostile response. We tried tracing him through the Melbourne filmmaking community, but he’d completely gone off everybody’s radar.

The footage was irreplaceable. With Scott Murray, we edited what remained into a 40-minute film hoping the rest would turn up. Looking at the unfinished double-head 44 years later, there are many sections of “blank spacer”, waiting hopefully for the lost material. The spacer indicates we knew what was missing. We had to accept the inevitable. There wasn’t enough material left for a coherent documentary and depressingly, the project stalled.

Heinz moved to Paris. Another of our crew Dave Jones ( dir Yackety Yak) returned to the States.  John Kaputin became a Big Man in the PNG Government. Peter Beilby and I went on with our lives. Sometime in the early 1980s, I made a very rudimentary telecine of the double head to VHS tape. On a return trip to Australia, Heinz gave Jacob Simet, a Tolai, a VHS copy of the film. When digital came around a decade later, I dubbed it on home equipment to DVD-R. Another decade passed and the National Film and Sound Archive, bless their hearts, sniffed it out through Ken Berryman and the extant materials were lodged in Canberra.

And that was the unfortunate history of our film Mataungan.


Until I received Lisa Hilli’s email. She had read an article Heinz, David Jones and I had written about Mataungan for the leading USA leftist film magazine Cineaste in 1973. Lisa is currently working with musician David Bridie and Tolai historian Gideon Kakabin to mount an exhibition that includes the political history of Rabaul (“Bit na ta”) for the Queensland Gallery of Art and Gallery of Modern Art in October. Could they use the footage?

“…if any of the film footage remains…”  I made contact with Heinz in Paris, some 36 years had passed since we last talked. I met with David and Lisa in Melbourne. Lisa, an accomplished visual artist, had completed the Media Arts course at RMIT University I once ran before moving to Sydney and the AFTRS. La Trobe University Cinema Studies academic Anna Dzenis had passed on my contact details to Lisa.

David Bridie, I knew from the bands Not Drowning Waving and My Friend The Chocolate Cake and his film and television soundtrack work.  I had become increasing aware of his committed work with Indigenous Australians, Melanesian culture and Papua New Guinea. But I didn’t know David had been a frequent visitor to Rabaul and Kokopo since the 1980s, nor the extent of his work with the Tolais. He put me in touch with Tolai historian Gideon Kakabin and his exemplary New Guinea Island Historical Society. I cannot think of three people better qualified to use the Mataungan footage in an art gallery exhibition.

David took the film to Kokopo in May and reports the screening had a “profound” effect on those who saw it, many of them relations of those appearing in the footage. “It’s an extraordinary document of the time and would have great appeal to both PNG people and those with some interest in the country.”

Unexpectedly, more than four decades later, our Mataungan film has come alive and although it’s an artefact of a film, it will be used in both the “Bit ta na” exhibit and a concurrent exhibit “Nambawan Neighbours” at QAGOMA, Brisbane in October.

Jean-Claude Brisseau I have always been fascinated with Brisseau’s work, aired intermittently on the SBS World Movies channel over the years... 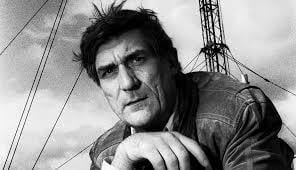