This week’s Fandor Criterion streaming selection was American Independent Films, and I have only just now looked at the date and realised why. I watched two of them and rather enjoyed both. 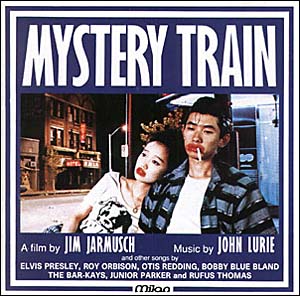 Mystery Train (Jim Jarmusch, USA/Japan, 1989) is probably my favourite of the four Jarmusch films I’ve seen. It tells three stories, each about people who visit the musically-famous city of Memphis and find it somewhat alien. The first segment features a teenage Japanese couple, one obsessed with Elvis, one with Carl Perkins, who robotically debate the merits of these musicians seemingly just to have something to say to one another. The second is about a young Italian woman who meets a motor-mouth local girl after running into some creeps on her final night in the city. The third features The Clash’s Joe Strummer as a drunken Brit with a gun who styles himself like Elvis, despite claiming to hate the comparison.

The memory of Elvis is ever-present, as this broken-down town keeps reminding itself of its most famous son. He’s present as photographs on the wall, and as the subject of tall tales. His ghost even makes a brief appearance, which works no matter how little sense the scene makes. The stories meander, allowing us to bask in the personality of the location. We see why people would visit, and why they might not stay. Nobody is in a hurry to get anywhere in this film, not even the criminals on the run, yet the film’s pace feels just right. That’s a tough line to walk, but Jarmusch’s characters are fun to be around, and their personalities make it work. I really liked this one. 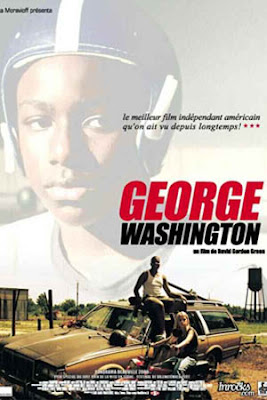 I also really liked George Washington (David Gordon Green, USA, 2000), which has nothing to do with the President of the same name. The film introduces us to a group of children living in a poor rural town in North Carolina. They spend their lives together, outside of their depressing homes. As a group, they make the best of their situation, speaking to each other in an earnest, hopeful way. Life has taught them lessons about hardship which have forced a maturity on them. If I tell you one of the children is accidentally killed by another early in the film, you may imagine that the film would use this event to drive the plot, to bring fear and punishment to the characters. You’d think so, but it doesn’t. It’s just another event that will remain as a memory of a particular summer, perhaps sadder than most, but not the only thing that happened.

I guess I’m struggling to describe the film’s tone. The wandering, poetic narration by a young girl reminded me very specifically of the voiceover in Terrence Malick’s Days of Heaven (1978), a film I truly love. Green wasn’t simply mimicking Malick here, though; he made something unique with this, his first film as a director. This makes much of his output since a little confusing, since he’s responsible for some of the worst mainstream comedies in recent years (The Sitter, Your Highness). Still, he made at least one very good film.
Posted by Film Alert 101 at 00:23