Australian writer, critic and film-maker John Baxter proposes you join him (for a fee) for 5 virtual seminars about literature and writing in Paris 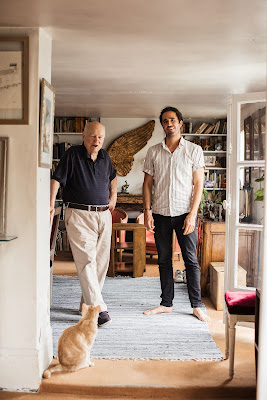 * Each week, a two-hour virtual discussion about art, literature, and the most famous authors to set foot in Paris

* Each week includes a deep dive into an assigned short reading of some of the most important books to ever be written about Paris (A Moveable Feast, Giovanni’s Room, and others)

The Paris Writers’ Salon takes place high above the sixth arrondissement, in the building where Sylvia Beach lived when she ran the original Shakespeare and Company bookstore. 18 rue de l’Odéon has welcomed the greatest names in modern literature: James Joyce, Ernest Hemingway, F. Scott Fitzgerald, Gertrude Stein, Djuna Barnes, Anais Nin and Henry Miller, all of whom left their mark on the street, as it left its mark on them.

In a French home, the salon is the living room: a place to relax, to socialize, to talk and to listen.

In the 19thcentury, certain homes became famous for their conversation, as hostesses competed for the most amusing talkers and story tellers.

During the twenties and thirties, the Saturday evening salon of Gertrude Stein and Alice Toklas became a focus of the city’s intellectual and social life.

The Paris Writers’ Salon aims to recapture some of the excitement that characterized the great salons of the past while also opening a window onto one of the world’s most creative capitals.

Each week, Samuél and John will discuss a short but influential work of literature written by American ex-pats in Paris: Hemingway’s A Moveable Feast, Baldwin’s Giovanni’s Room, Stein’s Paris France, and John Baxter’s own The Most Beautiful Walk in the World.

As avid readers, writers, and conversationalists, the goal of the Paris Writers’ Salon is to learn through discussion. A substantial part of each session, as well as the entirety of the fifth session, will be devoted to an open discussion with John, Samuél and Salon subscribers about life, literature, and the writer’s life in Paris. 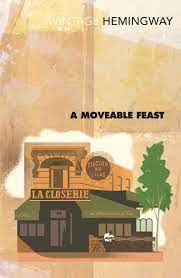 Hemingway romanticized his reminiscences of Paris in the ‘twenties, but how well do they square with real events and individuals? This first course is a considered look at a modern classic, with a focus on modernism, Hemingway’s distinct literary style, and the particularly “Parisian” structure of A Moveable Feastin relation to the French concept of the flâneur. 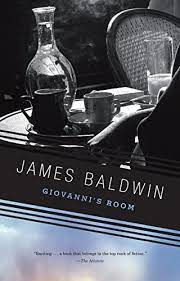 James Baldwin felt a “dreadful abyss” between his native culture in the USA and that of Europe. His reflections on how to bridge that gap are both poignant and inspirational, but far too often his literary work is overshadowed by his political activism. In this course, we will look at and discuss James Baldwin, The Author. Set during a summertime romance in the Latin Quarter, Giovanni’s Room is a masterpiece and a case study in concise, effective narrative, but it is also a meditation on that uniquely American form of loneliness that comes from alienation and prejudice. 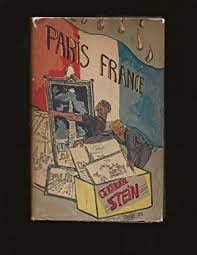 Stein and her companion Alice B. Toklas spent the years of the Nazi Occupation in a French village. Her reactions to Paris upon their return provide a vivid picture of a city where, as she said, “the future happened.” With a nod to Stein’sThe Autobiography of Alice B. Toklas, we will also discuss Stein’s world-famous salon, discussing her contributions to modernism and her important if oft-forgotten belief that insistence in prose is not the same as repetition. 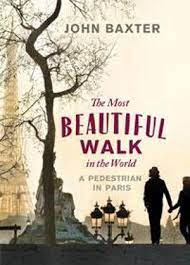 0
4.  John Baxter. THE MOST BEAUTIFUL WALK IN THE WORLD

After thirty years living and writing in the City of Lights, John has become a seasoned flâneur. His award-winning account of giving literary walking tours throughout Paris is a unique approach to memoir, storytelling, and history. In this course, we will discuss the art of memoir with one of the most prolific memoirists in Europe, and we will also discover Paris through the lens of its history, retracing the footsteps of Hemingway, Fitzgerald, Picasso, Proust, and others.

5. The Paris Writers Salon. THE WRITER’S LIFE IN PARIS

Our final week will be devoted to a general discussion of life, literature, and art in the city of lights. The goal of the Paris Writers Salon is to bring like-minded souls together, people who are not only interested in experiencing art, but who are also interested in cultivating it. This discussion will include a special guest, a working artist who lives and breathes the Bohemian lifestyle that for centuries has come to epitomize this wonderful city.

WHERE DOES IT TAKE PLACE?

For the time being, the Paris Writers Salon remains virtual. John and Samuél will be tuning in from the sixth-floor terrace of an 18thcentury building on the Rue de l’Odeon, just above the former home of legendary bookseller Sylvia Beach (publisher of James Joyce’s Ulysses). John’s buildinghas welcomed every great name in the history of modern literature—James Joyce, Ernest Hemingway, F. Scott Fitzgerald, Gertrude Stein, Djuna Barnes, Anais Nin, Henry Miller, and scores of others—and for lively literary discussion, it is as fitting a place as any. 00 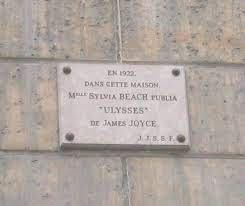 HOW CAN I PARTICIPATE?

The five-week program costs US$500. This price includes access to all lectures (as well as their recordings), plus a digital “packet” of pertinent literary and historical information as well as recommendations to help guests on their 5-week virtual journey to the City of Light.