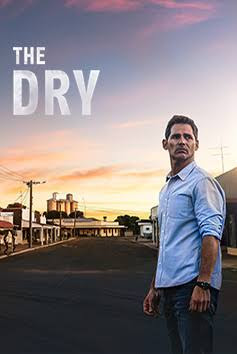 For the tens of thousands of readers of Jane Harper’s The Dry who head off for the movie there will be a moment early on when, sighting one character, memory should kick in and you remember just who the villain of the piece is. Readers will have a far different experience of the movie than those who come to it ignorant of the novel’s mystery. For readers the pleasure can only reside in watching the mechanics of the story being worked out in a quite meticulous way and soaking up the atmosphere of another of those country towns slowly dying.

Robert Connolly’s movie is as faithful an adaptation as you can get. Even the misleads of the book are on show in great detail. It goes to lengths to preserve the structure and the way the story is resolved. We are a very long way from Big Sleep  adventurism here whereby neither Hawks, nor Faulkner nor indeed Raymond Chandler had any idea of just who had done what to whom and the whole thing pivoted to play and fun, set pieces taking over from the narrative.

I assume that that the film-makers of The Dry wanted that fidelity and high seriousness, expecting that Jane Harper’s tens of thousands of readers would be expanded into hundreds of thousands attending a movie version.

So yes all that meticulous representation works – the atmosphere of the town in a drought; the collection of characters ranging all the way from smart intelligent women, the very tentative sexual encounters, male outback hicks who start fights in pubs at the drop of a hat. And everyone has  a secret… 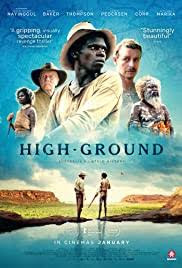 Stephen Maxwell Johnson’s High Country  runs through tropes we’ve seen before in Rolf De Heer’s The Tracker, Jennifer Kent’s The Nightingale and Warwick Thornton’s Sweet Country. Its variations are OK I guess but the key feature that intrigues is the increase in violence to Sam Peckinpah levels of brutality and extent, lots of casual gunplay that is not for the squeamish.

High Country  does have one element of great interest. It charts another variation on the early role of the Christian church in seeking to tame the savages and bring them to a docile civilisation. The fact that revenge is taken and the pathetic structure erected by the overwrought priest and his sister missionary goes up in flames might give a sense of feel good satisfaction but hardly represents a blip in the malign and continuing influence of the church over two hundred years. You can get a shorter version of the idea if you listen to Kev Carmody. 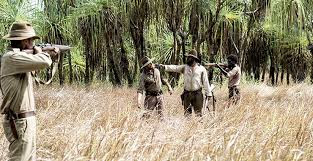