Vidor and Reichardt in Berlin

The cinematic year started for me in Berlin as usual. Passing through Singapore airport, an elevated level of masking, and the first temperature testing sites being set up at various gates were ominous motifs for the year ahead. A very disappointing line-up at Berlinale but two fine highlights: The exhaustive King Vidor retrospective (I was able to see only STELLA DALLAS and THE REAL ADVENTURE, but reports from others were all pretty joy-filled). And what would turn out to be my final real life festival screening, both in Berlin and 2020 (gulp!) was Kelly Reichardt’s FIRST COW. And took place in the glorious jewel that is the Friedrichstadt Palast. Rarely has a screening venue been as incongruous – but what a beautifully made piece of cinema this film is. Later in the year I would shed a quiet tear at the notion of watching it on a small screen stream. 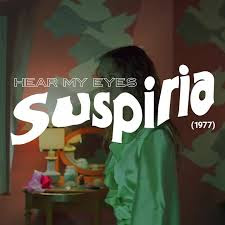 Shortly after Berlin, an even bigger screening: SUSPIRIA at Hamer Hall. A collective named Hear My Eyes had commissioned a new score which was performed live – and very large indeed. King Gizzard Wizard mini orchestra created a buzzing and tense score that gave the viewer an entirely new angle on the Dario Argento film. I had misgivings about the process before the experience – but am now a total convert. I would never miss a Hear My Eyes production in the future.

It Happened One Night

These two mammoth screenings gave way to the smallest of the year – and in many ways the most enjoyable. At North Fitzroy library, a screening of IT HAPPENED ONE NIGHT with around 18 people of various ages was a complete joy. To my shame, I’d never seen the film. I’d heard how risqué it was over the years, but was still unprepared for just how sassy it is, how much it spits and fizzes – and shows a glimpse of a possible future for Hollywood that the code quashed. And to be sharing the laughs with a group of strangers was pretty joyous. 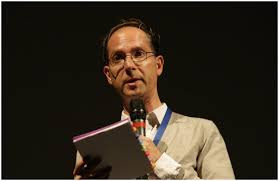 Festivals, so long the cinephilia anchor for many, were turned upside down. And for me, there was huge upside. The loss of Cannes is pretty incalculable, but at least there was a market on-line where a lot of content was screened. And there was even a bidding war or two that took place on Whatsapp and messenger. But the loss of Cannes opened up space to attend Bologna and Pordenone virtually. And thus my biggest surprise of 2020: which country provided the highest quality service and resolution in digital film delivery? Italy! Forza italia!! Bologna was excellent, but Pordenone took the on-line festival experience to the highest level. Jay Weissberg’s introduction to each night’s feature from a different part of Pordenone was passionate, knowledgeable and welcoming. Seeing him do this made me realise that we so rarely get to see a person synthesize all the elements of a festival so well. The Q & As that followed were equally as well run.

Back at home, MIFF acquitted itself really well with a fine programme given the restrictions they operated under. But sadly it won’t be the excellent programming that MIFF 2020 will be remembered for in the world of cineastes – it will be the sad spectacle of Sandra Wollner’s THE TROUBLE WITH BEING BORN strange journey. Invited after its Berlin screening, and subsequently uninvited in a secretive process shortly before the festival opened. That the time-line of withdrawal took place in public without clear communications from the festival was unsavoury. Yes, it’s a small thing in the wider world. But for those with an intense interest in defending cinephilia, it’s a bad marker.

Back at cinemas, I entered lockdown one with an excellent Australian film, and re-entered new normal after lockdown two with four well above par Australian films. IN MY BLOOD IT RUNS, BRAZEN HUSSIES, THE DRY, and BABY TEETH all present unique and thoughtful portraits of contemporary Australia and all do it with a strong eye to entertainment as well. And while on Australian cinema, no film was better for screening during the COVID period than Warwick Thornton’s THE BEACH. The timing for a gorgeously shot film about a man having a wise-crack speckled existential crisis in the most breathtakingly lonely and beautiful landscape in Australia could not have been better. And his son Dylan River continues to be a cinematographer whose work I’d crawl over broken glass to see.

Apart from being inherently depressing in and of itself, we all lost so many loved friends and families through the lock-down, so many people have thus not been celebrated in the way we might ordinarily have done so. I toast in the most virtual sense: Dave Thomas, projectionist at MIFF forever, solver of all problems known to humankind. When we can finally send him off as he fully deserved, the stories are going to be sensational. Amree Hewitt, as referenced by Adrian Danks in his summary - a woman of intelligence and effervescence who as Adrian said, could make a day better by being there. An energiser, a producer, a networker par excellence. She'll be hugely missed. And over in New Zealand, the man who was never entirely sure he was the longest serving film festival director in the world died - and I think we'll print the legend on this. Bill Gosden was a lightning rod for quality in all forms, cinema being the central one. Cheeky as a schoolboy until the very end, but as erudite and passionate about cinema - all arts - as anyone I've known. His notes for the NZFF programme were a year in, year out delight. And I'll pull them out every now and then to marvel at his fluent expression - I envied him that so very much. Vale Bill, Amree and Dave.