Talking to film-makers - Tom Ryan introduces a new series in which he interviews key film-makers of the day. 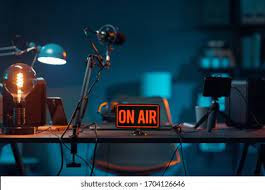 One of the perks of being the film critic for a mainstream newspaper, and of writing regularly for specialist magazines, is the way the job can open doors that might otherwise remain closed. It not only provides access to films (by way of previews in usually excellent viewing circumstances) but also to the people responsible for making them.

Over the years, I’ve been lucky enough to talk to directors, actors and others who have contributed to the art, and the business, of making movies. By way of background for feature articles about films scheduled for forthcoming release, I’ve done interviews face-to-face, on the phone, and by zoom. As well, I’ve hosted a host of public Q & A sessions at local cinemas following screenings, sometimes with individual filmmakers, sometimes with groups of those involved. And done interviews for radio and on-line (mainly for 3RRR and, many years ago, for 3ZZZ).

Mostly they’ve been highly enjoyable and informative, for me at least. I recall one I did live-to-air years ago for a show I was hosting called Talking Pictures. The guest was the late writer-director-photographer-raconteur Paul Cox, who was also a close friend. About 10 minutes into our exchange, for a reason I can’t recall, we both got the giggles. Perhaps it was because the artificiality of the situation got the better of us. Perhaps it was because Paul found a question I asked more absurd than usual. Eventually, my producer had mercy on us and cut to a music break until we got our acts together. An extended music break.

Sometimes interviews work, sometimes they don’t. Sometimes I got on with the interviewees, occasionally I didn’t. One such occasion was when I found myself hosting a press conference at Crown casino in Melbourne for the release of Die Another Day(2002) with Pierce Brosnan, Lee Tamahori, Rosamund Pike, writer Robert Wade and actor Rick Yune, who played the bad guy. Not my usual kind of event, but I’d done my research and had a pile of questions to ask all of them.

The session started off smoothly enough, or so I thought. But then I became aware that the film’s director had taken a strong dislike to me. After I asked the affable Brosnan what I thought was a simple question, designed to open up discussion – “How was Lee Tamahori’s approach different from that of the other Bond directors you’ve worked with (Martin Campbell, Roger Spottiswoode & Michael Apted)?” – Tamahori snarled that all I was doing was trying to cause trouble.

I replied that I hadn’t been aware of the inflammatory nature of my question, which was true, adding that he could answer it if he wanted to. At which point, he accused me of taking all my material from IMDb. That wasn’t true: IMDb was only one of a number of sources upon which I’d drawn. But I didn’t get a chance to say that because James Bond interceded to calmly answer my question without implicating anybody. Which gave Tamahori time to take a breath and me to check out the location of the nearest exit.

I am indebted to the supportive and knowing PR people who’ve arranged such occasions (in this case, UIP’s John Scott was responsible). Among them, in addition to Scott, are Alan Finney (who set up the extended interview I did with Lee Marvin, the transcript of which was published in Film Alert last year. To read the first of the four parts Click here), Asha Holmes, Annette Smith, Cathy Gallagher, Alicia Bresciani, Cheryl Mulholland, Bec Portelli, Sarah Finney, Paige Diamond, Marianne Collopy, Tracey Taylor, Inge Burke, Keith Lofthouse… and many others.

I was doing my job, they were doing theirs, which was usually to get as much publicity as possible for the films they were “looking after”. They weren’t only being nice to me just because I’m pretty easy to get on with (ahem!), even if Tamahori and a few others might disagree. I was a means to an end for them, a way into the mainstream media (or the specialist film magazine).

But the PR people were a means to an end for me too, my way of gaining access to artists whose work I cared about. And, instead of the 10-minute grabs or group sessions that often pass for interviews (and that’s all that many writers about film require), I was frequently allotted up to an hour, or even longer.

For their part, most of those I interviewed were not only willing to stray from the promotional side of the deal; they welcomed the opportunity to do so. Two exceptions that readily come to mind were Tamahori and, unexpectedly, Ronny Yu (as you will see in the Yu interview that will appear somewhere down the track).

Without that kind of co-operation and the support from the PR brigade, the interview transcripts of recorded interviews that Film Alert is going to present over the coming months wouldn’t have been possible. None of them has been published before, although a few quotes have been borrowed from here and there in them for articles I’ve written.

They shouldn’t be mistaken for “career interviews”. They generally expand from discussion of a particular film being released at the time they were done to a consideration of its wider place in the director or actor’s body of work.

Not all of the interviews I’ve done were recorded. However, enough were to make up what I hope is a worthwhile collection. In addition to Yu, they will include Jonathan Demme, Costa-Gavras, Ken Loach, Robert Altman, Cedric Klapisch, Roger Donaldson, Juliette Binoche, Colin Firth, William Friedkin and Michael Winterbottom, as well as a group conversation over lunch with Christopher Guest, Harry Shearer & Michael McKean.

Tom Ryan has been a professional film critic for most of his life. He was the reviewer for The Sunday Age from its inception in 1989 until 2012 and has long been a regular contributor to the arts pages of Australian newspapers. Over the years, his commentaries have also been published in magazines such as Lumiere, Cinema Papers, Movie, Positif and Film Comment, as well as on-line for Senses of Cinema and Screening the Past. He also worked extensively in broadcasting, hosting shows on community radio (3ZZZ and 3RRR) and casting pearls as a film critic for both 3AW (with Muriel Cooper and Derryn Hinch) and the ABC (with Ramona Koval, Lawrie Bruce, Virginia Trioli and Lindy Burns). He lectured in film from the 1970s until 2000, at Coburg and Melbourne State Colleges and Swinburne University as well as at the Universities of Warwick and East Anglia in the United Kingdom. He has also contributed numerous chapters to books on film and sport. His most recent book is The Films of Douglas Sirk: Exquisite Ironies and Magnificent Obsessions for the University Press of Mississippi. He previously edited volumes on Baz Luhrmann and Fred Schepisi for UPM’s Conversations series. He lives in Melbourne with his wife, TV critic Debi Enker.