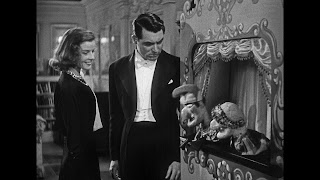 The fourth week of our lockdown begins here today in NZ, so here is some of the the directionless, perpipatetic viewing that chaperoned me through last week.
Above, Hepburn with Cary Grant (and out of sight) Lew Ayres in the playroom for Cukor's terrific Holiday (1938). The couple here taking a life lesson from Punch and Judy. This and Cukor's first pairing of Kate and Cary in the rhapsodically carefree gender bending comedy, Sylvia Scarlet (1935), are two Cukor favourites.

Holiday is also the first Cukor excursion into the heavy theatrical waters of a Barrie-based screenplay rooted in the US class system with all its Republican prejudice and privilege. Cukor and indeed his screenwriters Sidney Buchman and Donald Ogden Stewart humanize the material in a way Barrie could never have enabled. Cukor and the writers also open up Cary's "Johhnie" into a far more substantial part than the original. The magic thus worked twice for Hepburn and Grant under Cukor and it still - just - flickers in the 1941 Philadelphia Story from yet another insufferable Barrie upper class horse opera, but that movie ultimately to me sinks under the weight of Louis B Mayer's fat arse full of the patented Metro "refeenment" and "good taste". 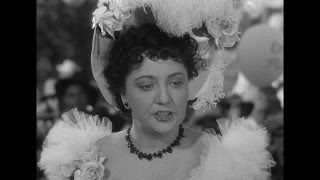 In a vaguely related vein, another adapatation from Broadway that rings with glory on the movie screen, the 1936 movie of the Hammerstein/Kern Show Boat, directed by James Whale for Universal (screens above and and below). I had completely forgotten until spinning this breathtaking new 4K restoration from Warner MPI how astonishing is Whale's direction and mise-en-scène. I have always loved the George Sidney 1951 version, not least for its energy and ceaseless movement. But I had forgotten how much Whale's movie beats Sidney at his own game. Indeed it now looks like Sidney decided to replicate Whale's own opening. 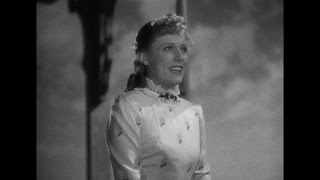 The first twenty minutes are driven to some transcendental level of beauty by the early run of half a dozen key songs for the exposition and first act, and the energy and movement of the Showboat's arrival. With it the quick character sketches of the half dozen plus major players in the show, delivered by Whale in a kind of hyper energized rapid cutting montage that looks more like Kalatazov than Hollywood . What other director could cut with more dynamic power, and effect to give so much intensity to the trademark close-up codas for each of the character montages? Indeed Whale's camera only seems to rest and soar at these moments into its purest form as the actors break into their numbers. The first act ends with an astonishing circular travelling crane shot completely encircling Paul Robeson (below), for his first chorus of "Ole Man River" The movie is, once again and forever staggering. 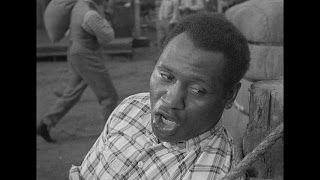 From one award winner to another, this time the estimable William Wyler's Dodsworth also from 1936 in a spectacular new 4K restoration from Film Foundation and others, released on Kino Lorber Blu. Sinclair Lewis' material gets perhaps its best (and most expensive) treatment in this Sam Goldwyn picture that throws everything the high end studio apparatus could muster into Lewis' blistering critique on the evils of capitalism. 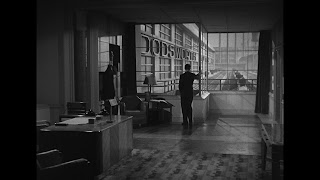 The film is notable for its often stunning production design, in this case art director Richard Day, a prolific artist whose career is longer than most Hollywood A list directors. The high Deco-Moderne cum Expressionist- Futurist design and sets (see the screen above) seem to fit like a glove with superb high contrast, high white clipped lighting photography by Rudolf Maté. The three leads are fascinating for their individual strengths and weaknesses, a factor Wyler encourages in his direction, especially with Ruth Chatterton. Walter Huston (screen below) as the retired plutocrat is at his rummiest with the narrative playing him off the two female leads, one a luminous Mary Astor (below left) who becomes his lover, and Chatterton’s as the wife, a performance encouraged to be played to the balcony. Chatterton seems happy to allow her own oversized negatives as a performer to become the character's own and I think this works very well. Wyler is often cleverer than we think, and here he's also playing a very smart game to beat the Code
. 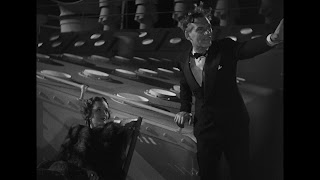 Chatterton's performance is so interestingly strident in this I decided to take another look at a favorite precode of hers, Female started by Bill Wellman in 1933, taken over by William Dieterle who was probably too stilted for the pacing, and finished by Michael Curtiz with panache. I have elsewhere found myself sometimes defending Chatterton's performance as the female sex hound in this terrific movie, with people who view her as much a female impersonator as a "woman". But I think that's a large part of the appeal. Certainly her priapic appraisals of every man she eyes over (and up, and down) come straight out of a Tom of Finland cruising manual. So I still recommend the movie for her full bore performance along with, again, astonishing production design for the movie by Jack Okey including exteriors/Second Unit footage shot at Frank Lloyd Wright's Ennis House for the Chatterton pile.
Holiday was released late last year in this superb new full-grained beauty of a 4K by Criterion. As is the recent 4K restoration of Show Boat. Female is still around the shelves on an old Warner DVD,
I did also watch the three superb Keaton restorations on the MoC/Cohen three disc set which arrived during this period of deprivation but that's for another time.
Posted by Film Alert 101 at 01:09