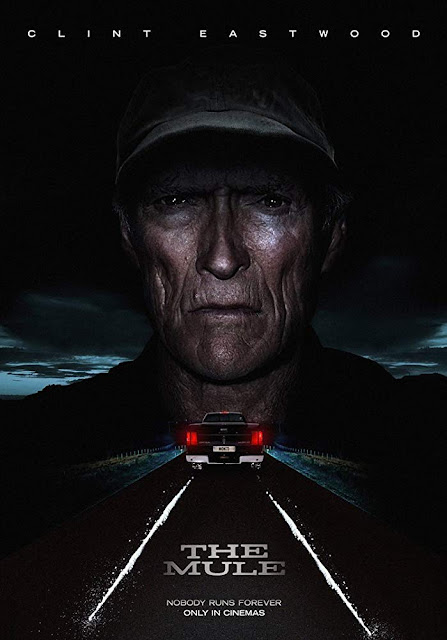 With a word perfect screenplay from Nick Schenk (GRAN TORINO) and Sam Dolnick and its deceptively simple and uncluttered visual style, THE MULE is director Clint Eastwood's best film since MILLION DOLLAR BABY in 2004.

Eastwood takes the part of Earl Stone, a philandering husband whose moral and emotional redemption comes at a very high price.
Earl who was once a wealthy businessman and is now down on his luck, finds his twilight years comprising of a series of journeys along some very dark roads.

My only criticism of this film is that Eastwood does skimp on the details of Earl's ultimate collision with the law. One of the final lines of dialogue captures the film's finely balanced mix of humour and tragedy in an almost perfect way.