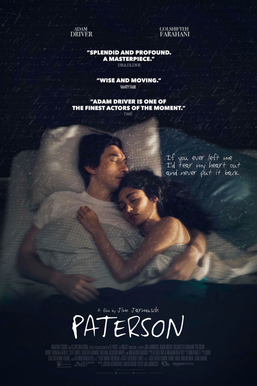 These are strange days indeed for cinemagoing and cinephilia in general, given the tumultuous changes that are taking place with mainstream and art cinema exhibition and distribution, niche film festivals and the little that is left of repertory cinema possibilities in a massively traumatised neoliberal global city like Sydney (ha!). To add the final insulting blow, what with TCM vanishing from our television sets, where oh where do cinephiles like yours truly seek sustenance?
Whatever your form of cinephilia maybe – digital, televisual, and the movie theatre – rest assured one needs to take heed of the late John Berger’s recent resonating words “Hold onto everything that is dear to one’s life.”
And like Robert Aldrich’s Mike Hammer (Ralph Meeker) in the incandescent noir classic Kiss Me Deadly (1955), where he approaches the recently threatened Eddie Yeager character (Juano Hernandez), Hammer wants to know if he could beat the offer the harassing thugs made to Yeager, only to be told “ I don’t think you can. They let me breathe.” One needs to be grateful for what cinema – in all of its contexts, mutating shifts, fissures and tensions – both locally and globally it still has to offer. As in the case of the indefatigable Tina Kaufman in her recent uplifting Film Alert post, where she, unbelievably seemingly, covers all possible screenings in this city. her theatre–going cinephilia is a testament to William Blake’s perception that “energy is eternal delight.” 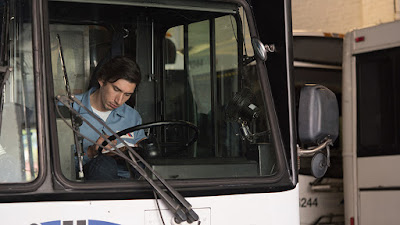 Paterson’s recurring writerly device of handwrittern text that eloquently appears across the film’s images and sounds is, a further reminder to us of Jarmusch’s dedication to locate cinema alongside the other arts especially literature, art and music. In this instance, the filmmaker is also acknowledging how his unpredictable inventive oeuvre is not only rooted in the American avant-garde/experimental cinema of the 50s and 60s, but also in the European avant-garde traditions of the last century. Like the recent two films of Pablo Larrain’s Neruda (2016) and Terence Davies’ portrayal of Emily Dickinson, the reclusive poet, A Quiet Passion, Jarmusch’s absorbing meditative film is concerned with the muses and intricacies of the poet’s life in our world and how cinema itself may reflect upon poetry.
Finally, inspired by Paterson’s beautiful Passaic Falls over 25 years ago – which itself became the subject of Smithson’s 1968 homage photo-essay Monument to Passaic New Jersey - Jarmusch has Paterson himself sit in two separate occasions - in front of the falls – where he explores his own inner creative and ontological life. In one of these occasions Paterson encounters a Japanese poet who offers him his latest book and they talk about the intuitively sudden ‘a ha’ gestalt moment of writing poetry. These, to my mind, are set virtuosic pieces of filmmaking, performance and place. They subtly and effectively remind us how cinema, in the hands of someone like Jarmusch, can speak to us of the lyrical wonder of being alive.
Notes :
(1). Kent Jones, “The Marginalisation of Cinema ,” Film Comment, Nov.-Dec. 2016, Vol, 52, Number 6, 2016, pp.54-59.
(2). Blanchot is quoted in “Traces of Cinema”, Jean-Luc Godard Phrases Six Films, New York, Contra Mundum Press, 2016. Trans., and with an introduction by Stuart Kendall.
(3). Ruiz is cited by Ethan Spigland , “ A Conversation with Raul Ruiz, “ Life is A Dream The Films of Raul Ruiz ( Part 1) Dec. 2-22 Film Society Lincoln Centre

Editor's Note: This essay was first published on John's Facebook page. I'm grateful to him for permission to republish it.
Posted by Film Alert 101 at 20:25