Truth be told I did not see a great deal of new film in 2016 but here are my year's highlights: 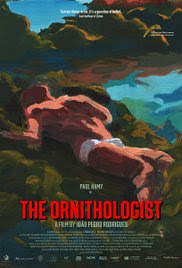 HyperNormalisation (dir. Adam Curtis)
Every new documentary by Adam Curtis is something to celebrate and this was no exception: a wild and terrifying ride through the current political and technological nightmare unfolding from San Fran to Syria, via Trump’s Taj Mahal, social media algorithms, Islamic extremism and Gaddafi. 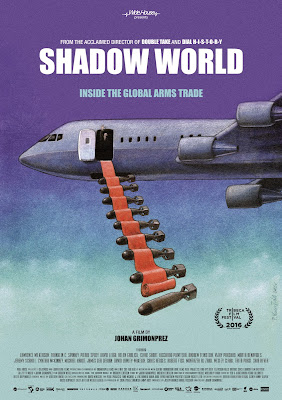 Shadow World (dir. Johan Grimonprez)
An impressive tour around the shadowy world of corporatism and the military-industrial complex takes aim at everyone from Saudi royalty to Obama as the motivators for an Orwellian state of endless war is revealed. There are the occasional moments when you feel like the onslaught of historical incidents covered will fail to coalesce around a central thesis but Grimonprez somehow manages to tie it all up together as we revisit Iran-Contra to the current mess plaguing the Middle-East. A decent double-bill with HyperNormalisation.

The Age of Shadows (dir. Kim Jee-woon)
Three of the major Korean films to hit Aussie shores (The Age of Shadows, The Wailing, The Handmaiden) dealt in some way with Korean-Japanese relations but Kim’s Age was a cracking mix of spy-thriller and historical action; the train scene was worth the price of admission alone.

Elle (dir. Paul Verhoeven)
Inevitably the high praise lavished upon Verhoeven’s unsettling rape-drama means that some of the cinephile haut monde would deem it “overrated” (did I hear someone say ‘Pedro Costa would have done a better job!’?) but whatever, this was a definite highlight and one of the few films that got me on its opening weekend to an actual cinema. Real life is chaos and Elle captured the messiness and unease in which people deal with tragedy and trauma not in accordance to Hollywood screenwriting codes, but to our basic instincts formed in childhood.

Wake Subic (dir. John Gianvito)
A towering achievement by Gianvito, this companion piece to Vapor Trail Clark excavates the US involvement in the Philippines, specifically around toxic contamination from military bases and the devastating effects on the local population. Frequently heartbreaking, Gianvito brilliantly oscillates between the Philippines’ present tragedy and the bloody past of US military adventurism, with illuminating clarity that draws a thematic through-line in political history from Taft to Obama.

Somehow the Brisbane Asia-Pacific Film Festival overlooked the film but found space in an “Asia-Pacific” film festival for Manchester By the Sea and Toni Erdmann, both films to the best of my knowledge that don’t exactly deal with an Asian country, its history or people quite like Wake Subic does. Never mind, as long as there’s some caveat about open borders or the like, at least we get to see some films already with Australian distributors over the fearless work of a master like Gianvito. What a time to be a cinephile in Brisbane!

A Sunny Day (dir. Ying Liang),  The Hedonists (dir. Jia Zhangke)
Ying’s short is a haunting examination of Hong Kong, family and the Umbrella Movement; Jia’s a bittersweet portrait of coalminers struggling for meaningful employment in 21st century regional China; both were beautifully executed snapshots of an uncertain future for the people of the region’s behemoth superpower.

Mrs. K (dir. Ho Yuhang)
A genre-blending action-thriller with echoes of Leone and Lau Kar-leung,  Malaysia’s great auteur Ho Yuhang once again teams up with the legendary Kara Hui for a rollicking revenge tale with some great cameos by Fruit Chan and Kirk Wong.

Film Alert 101
A special mention should go to this blog which has been an ongoing labour of love for Geoff but one which has blossomed into a must-read resource for Aussie cinephiles eager to share memories or engage in lively debate. The threads on Elle and the NFSA were great! 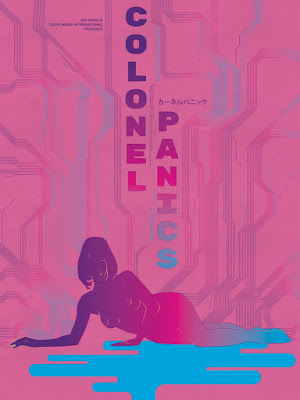 Colonel Panics
Finally, now that we are imminently to enter the Trump era, what better way to mark the period than with a shameless piece of terrific, frankly wonderful, self-promotion? Although it was misunderstood (bigly) as an ode to misogyny and anti-Japanese sentiment, a film I helped produce, Colonel Panics, was a highlight of my year and I was very happy to see it completed and unleashed on others. It will be released in Japan in 2017 but I want to go on the record and say it was not in fact “anti-Japanese” but rather a rebuttal to the creeping militant nationalism and regressive misogyny within some parts of Japanese society. Many of the women we showed Colonel Panics to understood and appreciated the insights into a breed of Japanese male otaku that present a terrifying threat, but alas, it was white-knighting males who had to decry it as anti-woman and virtue-signal empty platitudes about “objectification”.

Editor’s Note: At the risk of being accused of mutual admiration,  let me note I met Ben Cho a decade or more ago when the Brisbane Film Festival was in its prime and people gathered there for its specialist selection films from East Asia, the Indian sub-continent and Iran. We’ve been friends since and I have always been impressed with his insightful critical analysis. I’ve encouraged him to write more! I’m also glad that his film-making ambitions are slowly being realized. His second feature Colonel Panics, (watch the International Trailer on Youtube) made in Japan in 2015/16 and now ready for festival and other screenings is a shock to the system and I can only hope that it will get the screenings and critical attention I believe it deserves. Onward.
Posted by Film Alert 101 at 03:11