Towards the end of the second series, the program' s creator, Spotnitz left and was replaced. It is thought that this will lead to a truncation of characters in series 3

Apparently the highest rated programme from Amazon Studios, which has resulted in the recent confirmation of at least a further, third, series, my wife and I binge watched this over two days while we were in New York over the Christmas and New Year period. Whatever else it was, it was a great relief from having to venture out into the cold.

Essentially the plotline concerns an "alternative history" in which Nazi Germany and Imperial Japan were the victors in World War II and (apart from making no direct comment about gobbling up the British Empire – it is referred to on a couple of maps), as victors, divide continental United States into two zones: a relatively small Western zone, renamed as the "Japanese Pacific States" and a much larger eastern and central zone, the "Greater Nazi Reich" with a small buffer "neutral zone" between them.
I'm not quite sure of the merits of binge watching. For something truly good and anticipated, the anticipation of next week's episode, can heighten appreciation. Binge watching can at its worst result in an overload of information, both factual and aesthetic, which results in a lessened experience. On the other hand, modern TV serial/series have a great deal of information in them and one is less inclined to miss information by binge watching. 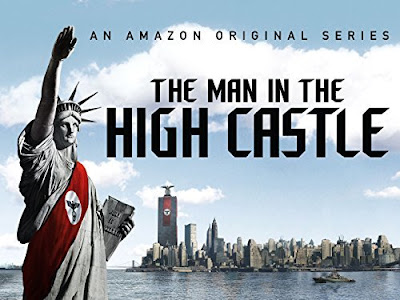 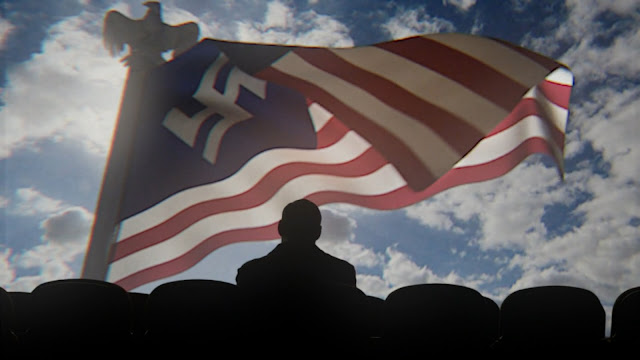