Editor's Note: In a previous post which you can find here I offered some comments about the copy of the Italian DVD release (in 2011) of Bernardo Bertolucci's The Conformist. This caused quite flurry of memoir and commentary and I think it was worth the effort to edit some of it  and put a further post on the Film Alert blog.

Peter Hourigan I first saw THE CONFORMIST at the London Film Festival when it was new, and obviously a print as close to the intentions of director and cameraman as possible. In particular, I remembered the scene where the car drives up to the mansion over the autumn leaves(see below). It was almost like each leaf was individually burnished, gold and rich brown and burnt yellow. Some months later, back in Australia I then saw the film on release - and presumably the one you saw first Geoff. It was already nowhere as glowing or as rich or as detailed in its shades. How frail is the art of the cinematographer. I must look out this restoration.


Michael Campi The original theatrical prints of THE CONFORMIST were heartbreakingly dreadful even without the knowledge of how much better the film could look. We should all be grateful for these restorations to experience the film in an enhanced way. Similarly, I remember seeing Kitano's HANA-BI and KIDS RETURN at the Vancouver IFF in gleaming prints with etched subtitles. Their later appearances incorporated subtitles in the inter-negative (I guess), the clarity and colour really suffered from this duplication. Thanks for bringing these treasures to our attention. 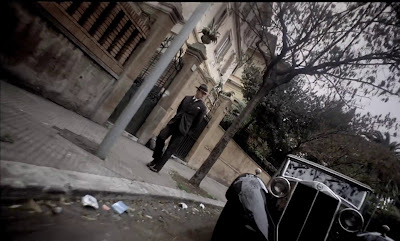 David Hare I hate to say this but there is one very serious issue with the restoration of The Conformist which Raro - a label usually notorious for poor quality transfers - released. Storaro (the cinematographer) himself owns the neg and print from which the scanning and remastering was done at L'Immagine Ritrovata by that esteemed team. The clean-up and transcoding work is top grade as you would expect, and most importantly the color timing has been meticulously corrected by an expert (with whom I had some online conversation when the Blu-ray Disc was released) and it is now the best it has looked for color since initial release. Having said that no new 35mm print can possibly look now anything exactly like original Technicolor (Roma and UK) dye transfer prints which were the original releases. The prem in Oz was as Geoff says the Sydney FF. That print was a French language dub which has some cred in my opinion although these days everyone seems to insist the "true" original is the Italian dub. That French language print was owned by Paramount and was subsequently released commercially with great success where it played at the Lido in Sydney for a long run.

But here is the serious problem with the print Bologna had to use: Storaro's print is technically deficient in that it is from a "raw" negative which still has the timing notches for each and every edit in the film. Subsequently, if you look hard enough you will see some tearing or jerking in the image just before and just after each edit. This was something that needed to be (expensively) corrected before the scan and restoration work. It wasn't and perhaps finances wouldn’t allow. This visual tearing is something most if not all people probably don't or wont ever even see but it's there. It's a once you see it you will never not see it thing. For me the film needs another restoration going back to Storaro's neg. And I would personally like to see the inclusion of the French audio, something that Paramount did with their Region 1 DVD but nobody else did.

Geoffrey Gardner That's most enlightening as always. I'm not up to standard on any of the finer technical points. Memory kicked in and I'm glad everyone confirms that the copy released by Paramount was already quite inferior to Storaro's. The Raro Video version has an audio track, if you click the Italian button, where a number of characters speak French at the appropriate moment - the old lady who comes across Manganiello (Gastone Moschin) calling out for Clerici (Trintignant) to come out of the bushes speaks to him in French for instance. He speaks Italian back to her or more to himself seeing that she has already moved out of the frame. There are other occasions where this happens during the sequences in Paris. So there is this version where some attempt was made to have the dialogue properly rendered in the correct language.

David Hare Thanks Geoff. The standard audio on the Raro includes those bits in French as also does the Arrow DVD and the Paramount R1 DVD with their audios. I mention the French audio really only because it was the way I first saw it. And in it you have the benefit of both Trintignant and Sanda reading their own lines. Bertolucci tried in this and other movies to mount the multi lingual movie but I finally have to agree with the current situation the Italian dub is "correct" for location etc. I just happen to like the French as I also do with the (completely "inaccurate" but nicer) French dub of Tristana if only to have Deneuve's own voice rather than the Miss Squeaky who dubs her in Spanish. I also have to rely on fading memory but I thought the original print at both SFF and the Lido looked gorgeous, like Tech IB did then. It's the Home Vid reincarnations that have been appalling and also a previous 35mm restoration which played word wide circa late 90s and which looks like shit, as they say in the classics. 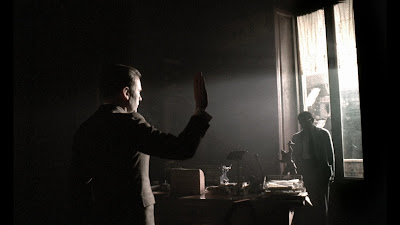 Michael Campi This strand in itself stands as a great testament to the force of cinephilia! Great to see so many devotees passionate about the visual richness, however hidden at times, of arguably one of the ten best films ever made. These days despite all the possible standardisations of cinema presentation, there can be many variables in experiences between venues themselves. A friend did his own case study with HATEFUL 8 at its three 70mm outings in Melbourne. All looked different in terms of clarity and brilliance. Sound varied enormously too. Back to the basics though, Bertolucci was really at his peak with THE CONFORMIST and a provocative and insightful commentators on films. Digression! When the BBC ran its cherished Film Club decades ago, he was invited to introduce a double bill of Godard's BREATHLESS and Lewis' GUN CRAZY, a film he confessed never have seen before but was completely won over at first sight. His comments before each film were far from the standard texts.

David Hare A propos of above, the gentleman who was the colorist for Raro's Blu confirmed what Bob Harris had discerned, that the jerking was indeed a result of uncorrected timing notches on the neg. You can see the exact same visual tearing in the earlier DVDs from Arrow and Paramount. which were mastered from Storaro's print as well, pre-restoration….. You might recall if you are on the right drugs, a short sequence with the blind man and a woman outdoors which Berto cut after first release. I can't remember it but I am on the far side of paradise for age and memory. And there are now over two minutes of cuts in two d distinct sequences in La Luna which - I would guess - Fox imposed after first release to appease censorship. I will deal with that when and if I get the new Kino Lorber Blu-ray. Berto also had a history of cutting his own movies ("tinkering") which was the case with Conformist and 1900.

and an un-related observation.....

Ben Cho is it me or was that Turkey assassination like something out of The Conformist? 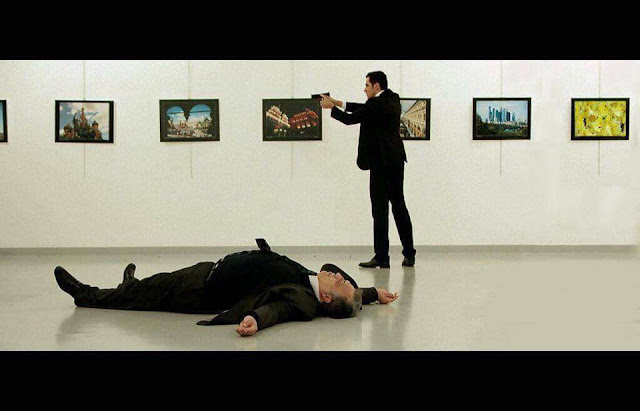 Adrian Martin adds a memory.... I have a first-viewing tale for you! I guess I was 13 or 14 when I first saw THE CONFORMIST in a Melbourne cinema circa 1973 - probably a Village central city cinema, they showed a lot of 'continental' stuff back then. I can't testify to the technical state of the print then, but I can tell you that I happened to be so violently ill on that day that, on retreating home to bed, in my many hours of feverish thrashing, ALL I could see and feel were the 'ripe' colours and some images from this film. This formed such an indelible association that, for years, even recalling the film literally could make me feel a little sick - and I dutifully avoided re-seeing it, writing about it or ever teaching it for just this reason. Only a few years ago was I able to finally overcome this cinephobia (the opposite of cinephilia!) - maybe because the colours had changed in a new print!!!