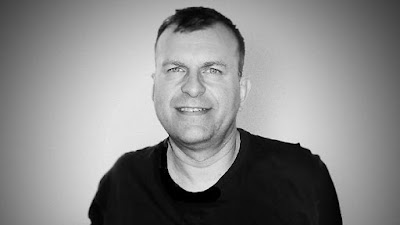 Lynden Barber is a freelance critic, a former lead film critic for The Australian and the The Sydney Morning Herald and a former Director of the Sydney Film Festival. He writes:

Dear Sydney friends, I've rejigged the screen studies course I announced a couple of weeks ago and postponed it until February (four Tuesday nights, 6-9pm per session, including a short break).
If you are interested, please let me know in advance (via email at lyndenbarber@gmail.com) as I need to get together at least 20 people to make it viable. (For that reason, I would greatly appreciate any re-posts or shares)
IS TV THE NEW CINEMA?
This four week course looks critically at the phenomenon of "quality television", principally drama.
Since the success of the HBO psychological crime drama series The Sopranos, the rise of DVD boxed sets and now Netflix and Amazon, critics have lauded long-form TV as "the new cinema," suggesting that it frequently beats the quality of Hollywood's movie output with the latter's fixation upon sequels, remakes and familiar corporate brands including toy franchises and comic book superheroes.
Is this true? The course will examine in detail the way long-form TV drama is changing its visual language and attention to visual and sonic detail to more closely resemble that of cinema, while building a novelistic complexity of character and narrative and maintaining some of the the more traditional storytelling rhythms and tropes of television.
Close reference will be made to series including Mad Men, Broadchurch, In Treatment, Borgen and The Killing (Forbrydelsen). Episodes will be screened in class and paused using freeze-frame for discussion and class analysis of both narrative development and visual and sound composition.
The course will take place weekly between 6-9pm at the Cinema at Randwick TAFE (opposite the racecourse) starting on Tuesday Feb 7 and ending on Feb 28. There is no charge.