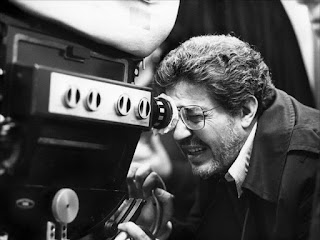 Barely a few days have passed since Franco Citti's death and now we hear that another great name of the postwar Italian cinema Ettore Scola has also passed on, at the age of 84.

Scola directed all or part of 38 feature films and wrote or partially wrote a lot more, maybe 60 or so. He was working in the film industry from the age of 21 or so and stayed there until his death a day or two ago on 19 January 2016. The world has focussed on Bowie and Rickman and now Glen Frey of the Eagles has passed on. It’s the old story of where you need subtitles your audience drops off immediately. Wikipedia is up to date.

I cant confess to having seen all of or anywhere near all of his films. Many were made for and played to domestic audiences only, though I assume that in the days of Tony Zeccola’s Metropolitan Cinema in Brunswick (ex-Hoyts Padua) and when Charlie Palombo of World Films was operating many of Scola's movies would have come here, almost certainly un-subtitled, and found a niche with the local Italian diaspora. 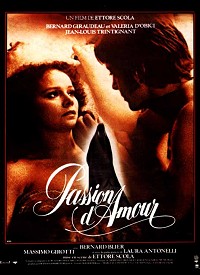 My particular favourite was his Passione d’Amore (Italy, 1981) with Bernard Giraudeau, the gorgeous Laura Antonelli and Valeria D'Obici.  It played the 1982 MFF and has had a long life afterwards as the source material for Sondheim’s wonderful opera Passion.


Rewards  and honours were many and you got the impression that Scola lived a good, happy life in an industry which recognised his talents with much opportunity.
Posted by Film Alert 101 at 17:37