In 2011, Neil McGlone, avid collector, cinephile, scholar, festival adviser and production consultant became friends with one of the world’s cinema treasures, the Finnish film-maker, archivist, festival programmer, author and animateur, Peter von Bagh. Peter died in September 2014 but left behind an unrivalled and enduring legacy of recordings, films, program notes and other scholarship rarely equalled. Neil is now curator of The Peter von Bagh Archives for all his audio and video interviews and undertakes this role in conjunction with The Criterion Collection in New York.He is thus in significant part responsible for ensuring that Peter’s legacy remains available to cinephiles around the world.
Neil has begun publishing selections of the email correspondence he had with Peter between 2011-2014 and with his permission I plan to do a little bit of editing, add in some stills and pictures and re-publish the exchanges on the filmalert101 blog.
Here’s Neil:
I am planning over the coming months to post on my Facebook page a selection of email exchanges between myself and the late film historian, director, writer and festival guru, Peter von Bagh. The emails cover a four year period and I shall not be posting any content that was personal or private between Peter and I, or material which discusses other individuals or business matters that I dealt with on Peter's behalf. The purpose of posting these is to share with you Peter's great love of film and his vast knowledge of the subject.
I first came to know Peter in 2010 via the director of the Cinematheque Suisse, Hervé Dumont. As some of you know I have quite a large archive of rare films and I would share these films with various archives and folk in the film world. Peter was an incredible collector of films himself and so our connection was sealed!
I would just like to thank both Peter's daughter, Anna, and son, Juhana, for their kind permission in allowing me to post the content of our email exchanges.
I hope you enjoy reading them and I'm happy to answer any queries that may crop up from them.

From: Peter von Bagh
Date: Sunday, 23 January 2011 08:05
To: Neil McGlone
Subject: Re: wish list (preliminary)
Dear Neil
Something I must report to you. I was in Bologna, and we are feverishly trying to put together a Conrad Veidt series. My original obvious thought is to have Tony Kaes as the chief man in this - and then I went to one of his old messages and found out that he had mailed all of your archive list, with warmest recommendations... and I the fool had not had time to concentrate to it. So I have become a fan only retardedly.
Anyway, as you have probably been connected with Tony about this theme, this wish list comes as a repeat - anyway I send it to you... 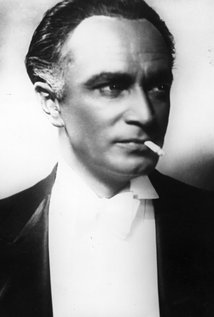 From: Peter von Bagh
Date: Tuesday, 22 February 2011 11:02
To: Neil McGlone
Subject: Re: Maman Colibri (1929)
Dear Neil
Back from New York - 3-4 days only. And the great surprise waiting: MAMAN COLIBRI... I'll try to see it right today.
Then a shock... THERESE RAQUIN - isn't it one of the greats believed to be lost entirely...? But - as the international saying goes - "nothing is impossible for Neil..."
Cordially
Peter
Neil: *Peter's emails often amused me with his little comments. We both shared a great love of Julien Duvivier and both believed his work deserved much greater recognition, so he was always excited when I was able to track one down that he'd not seen for a while. As for THERESE RAQUIN, well no, this was a film from 1928 by Jacques Feyder that is considered lost and proved impossible to find as you might expect!

From: Peter von Bagh
Date: Friday, 25 February 2011 06:18
To: Neil McGlone
Subject: Re: Silent Movies
Cordial thanks - I'm of course interested of all three, two of which I can also follow entirely (Danish, German). Great! And as said, Rentschler is one of the best film writers I know.
--- Warmest regards, Peter
----- Original Message -----
From: Neil McGlone
To: Peter von Bagh
Sent: Friday, February 25, 2011 1:31 AM
Subject: Silent Movies
Dear Peter,
Thanks for your email and I hope you had a good time in New York.
I received a number of films from Eric Rentschler last week. He sent me a few silent movies and I wondered if you might be interested in any of them: 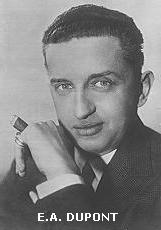 Der Absturz (Ludwig Wolf, 1922, Danish intertitles)
Die grüne Manuela, Die (E. A. Dupont, 1923, Dutch intertitles)
Opfer das Hasses (Hans Marschall, 1923, German Intertitles)
If any of them are of interest then please let me know and I will send them on to you. I can confirm that I have a friend who is now preparing english subtitles for the Dupont and another friend working on english subtitles for Der Absturz.
Kind regards,
Neil:
*Some of you may not know this, but Peter spoke and could read many foreign languages. To my knowledge he could speak all Scandinavian languages, Italian, English, Russian, German and French. Eric "Rick" Rentschler is Professor of German Languages and Literature at Harvard University. He has written extensively on German cinema.

From: Peter von Bagh
Date: Wednesday, 30 March 2011 03:25
To: Neil McGlone
Subject: Re: Silent Film Trade
Dear Neil
First,.great that you will be back in action. Your activity is one of the internationally poignant ones left in this pigsty situation developing everywhere.
Second of course, sincere thanks of the forthcoming discs.
Third, I must come back to details in the evening when I return from work. Yet, of course you will have the pass. And as to your coming in due time to Helsinki (you seem like to travel, and that is a great thing), you are free to have either my working room (my old home) which is not perhaps on a hotel level but is full of books, on film for instance, so my film friends use to like it a lot. That would economize a lot of your stay.
As to the travel details, I might forward that part of your letter to the office - they'd know better.
Cordially
Peter
----- Original Message -----
From: Neil McGlone
To: Peter von Bagh
Sent: Wednesday, March 30, 2011 12:01 AM
Subject: Re: Silent Film Trade
Dear Peter,
Hope you are well and apologies for bothering you at what I am sure must be a very busy time for you.
Im pleased to report that the films listed in the email below will be with me later this week and I am also planning on sending you an updated list next week which will have well over 100 new titles including some quite exciting new titles I have acquired via several trades with other collectors.
I am in the process of also hoping to book my trip to Finland and wondered if it was ok to ask you a couple of questions regarding my trip and the logistics.
My plan is to arrive in Helsinki on Saturday 11th June and stay in the city for about 3-4 days then take a flight to Rovaniemi on the 14th June (my birthday, haha!). Looking at the Midnight Sun Film Festival website I can see a few places are recommended to stay and these seem to be in a place called Luosto or would you recommend staying in Sodankylä itself?. Am I right in thinking its relatively easy for me to get a bus or train from Rovaniemi to Luosto and am I right in reading that there is then a regular bus service from Luosto to Sodankylä where the Festival is held?
I know you have very kindly offered to give me a pass for the Festival but are you sure you would not like me to contribute something towards the cost of the pass as I would be more than happy to do so?
My plan was then to travel back to Helsinki from Luosto via Rovaniemi by train on the morning of Monday 20th June. I realise this is more expensive than a flight and its also a 10 hour train journey, but I do love travelling by train and it would be a great way for me to see Finland. I took a train journey round Denmark, Sweden and Norway last year in May and loved it. I am then intending on leaving Finland on the 21st June and taking the ferry over to Tallinn and spending a few days in Estonia before flying back home to England.
I would appreciate any helpful comments you may have about how realistic my travelling expectations may be whilst I am in Finland and any tips about accommodation whilst I am at the Festival as Im happy to book somewhere either in Luosto or Sodankylä, whichever you think would be more sensible.
Thanks as always and look forward to hearing from you again soon,
Neil


*This was to be my first visit to Finland and the Midnight Sun Film Festival. Peter was so kind in not only giving me a pass for the festival but also in allowing me to stay in what was actually his office in Helsinki. The room was like an Aladdin's Cave of filmic treasures. It was literally wall-to-wall film books. Gabe Klinger can vouch for this as I know he stayed at Peter's apartment the following year. The man's generosity was without bounds.
Posted by Film Alert 101 at 16:42