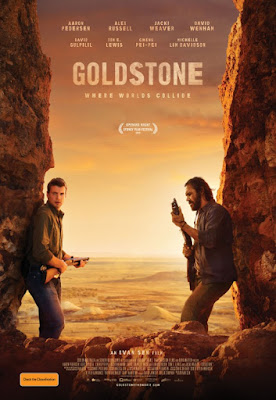 Breaking, mostly, the spell that Hacksaw Ridge had on voters for the only other awards for Australian films, Ivan Sen and his movie Goldstone took out the cream of the prizes at the Film Critics' Circle Awards presented in an occasionally raucous evening at the Paddington RSL Showroom tonight (Feb 21). A good time was had by all, but especially by Goldstone producer David Jowsey who was up and down like a yo yo accepting the awards for Best Screenplay, Best Music, Best Director and Best Film. Quite a haul. The Best Actor Award to Aaron Pedersen, the star of the movie was accepted on Aaron's behalf by his brother Vinnie who gave a splendid and very heartfelt speech.

It was as usual, quite a night, opening with a tribute to David Stratton timed to coincide with the release of his own movie. This was followed by an onstage interview between Strat and the droll FCCA Patron, Oscar-winner Adam Elliott. Adam was one of two Oscar winners in the room, the other being John Seale the ace cinematographer.


All up, a splendid evening and if you want to know a view or two of Goldstone you need look no further than a click here for the Film Alert review by Max Berghouse following the the film's screening as the Opening Night selection of the 2016 Sydney Film Festival or you can read the program notes on the film contributed by Tony Rayns for the film's screening at the 2016 Vancouver International Film Festival written after he also saw the film at the SFF Opening Night.

Table number 17, on which yours truly was seated, won the quiz. This was assisted by a special knowledge of Oz sports movies by a couple of Victorians who could supply the answer to a question about Bruce Beresford's The Club (Australia, 1981) which provided the answers "Fitzroy". as well "Newtown". Nobody but nobody in the room knew of John Duigan's connection with Australian aviation. Rod Quinn's quizzes are bastards. Table 17 was successfully wrangled during the quiz by producer Jo Dyer. Her film Girl Asleep was nominated for Best Film and several other prizes but didn't win anything which I thought was a bit of a pity. 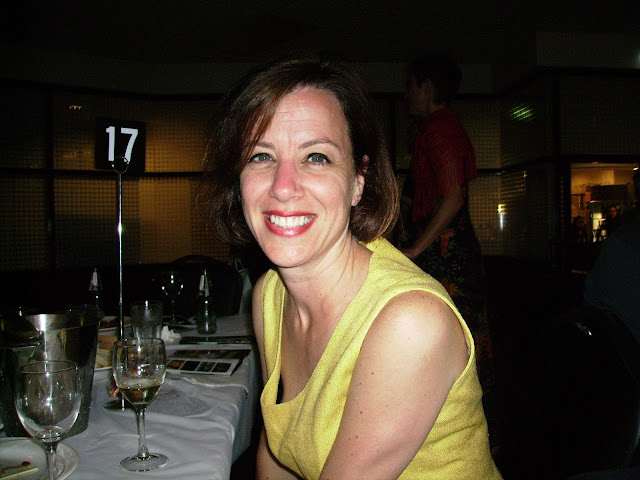